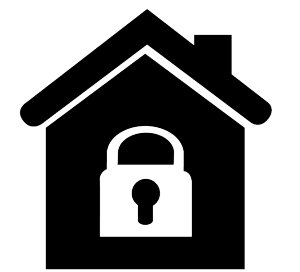 If any of today’s security systems could meet a residential security system from 20 years ago, they wouldn’t even know that they’re related. Sure, they both protect homes from theft, intrusion, fire, and other bad things. But that’s where the similarity ends. The fact is, today’s security systems offer exponentially more functionality in the areas of interaction with emergency personnel, home automation, and even energy savings.

Accompanying this markedly increased functionality is a significant change in the way homeowners interact with and rely on their security systems. While individual systems offer differing features, there are some notable “big-picture” trends that are shaping how consumers use their home security systems to protect their family and property.

VOICE ACTIVATION
Many home automation systems have voice-control features as part of the basic system or as apps available from third-party manufacturers. Who wouldn’t like voice activation when you approach your front door holding a child in each arm? Or when you’re already tucked in for the night and need to set a goodnight scene from bed?

In 2013, Honeywell showcased the first voice-controllable security and home automation system for the mass market, embedded in its Tuxedo Touch product. Then in 2015, the company presented additions to its Lyric product family, which effectively expanded voice control to a professional-grade home security system.

Ultimately, any security system can become voice-activated by installing voice-recognition software on the computer running your home’s security system. This does mean that a microphone must be positioned in any area where a system command will be presented. Instead, you can synch your smartphone to the computer, allowing it to receive voice commands directly and eliminating the microphone dilemma.

ADT offers a separate app called Pulse Voice. Available on both iOS and Android devices, Pulse Voice allows homeowners to not only arm their security systems, but also automate the operation of their household appliances. The app verifies a person’s identification through a secret phrase, voice recognition, and confirming the identity of a mobile device.

DIY/WIRELESS
One of the more interesting trends is the growing willingness of consumers to install and activate their security systems by themselves, without the help of a professional installer. Today, there are a number of systems available that can be easily installed and are built around true plug-and-play devices and sensors.

What has unquestionably catalyzed this trend is the availability of wireless systems. To begin with, wireless systems do not require…wires. Thus, the intrusive and costly hardwiring effort is eliminated. What’s more, wireless alarm systems are far more easily upgradable than their wired counterparts. As an added bonus, they are battery powered and feature a range more than double the range of a basic wired system. More importantly, they make for easy troubleshooting; in fact, many wireless systems feature internal troubleshooting programs that run automatically, after which any issues are immediately conveyed to the system owner.

One of the biggest advantages of a wireless system is that in the event of a power outage, it will still work, as most wireless systems link to a cellphone signal. This means that the system is still connected to the alarm company, the police and fire departments, and all other essential personnel.

Among others, companies such as LifeShield—which is now owned by DirecTV—Frontpoint, and Protect America are selling systems direct to consumers that still feature professional monitoring services—the best of both worlds, if you will. After a customer goes online to configure his or her own system, the dealer sends a pre-programmed solution to guide the customer through self-installation.

ADT offers a more user-friendly solution for its Pulse system, powered by Icontrol. The new Total Security system offers security, Z-Wave automation and Internet connectivity in a single panel. While not a DIY system per se, it certainly has the DIY look and feel.

Other high-quality wireless systems include the Simplisafe2 Wireless Home Security System; the Fortress Security Store S02-A and S02-B; the PiSector PS03-M12; and the Skylink SC-1000.

The DIY trend is also accompanied by a growing self-monitoring trend to avoid lengthy, costly contracts. (In self-monitoring, the homeowner is notified when an alarm is triggered; subsequently, the homeowner checks out the real-time video before calling the proper emergency service.) Swann, a well-known CCTV provider, developed the SwannOne security/home automation system, which offers a central monitoring service that the customer can activate and pay for as they use it—for instance, only when they are away from home. Other high-quality self-monitored solutions are available from the likes of Lowe’s (Iris), Echostar (Sage), Canary, and Dropcam Pro.

VIDEO SYSTEMS/SURVEILLANCE CAMERAS
There’s nothing particularly new about video surveillance. What is new is that many startup security companies have begun to use video monitoring and live streaming as the foundation of their systems. Other alarm companies, including Frontpoint, are working to include additional video/image options into their systems, serving as a complement to the security sensors.

Frontpoint is one of the best home-security camera providers with options for fixed, pan-and-tilt, and outdoor wireless cameras. The D-Link Cloud Camera DCS-932L, Logitech Alert 750n Indoor Master System, Netgear VueZone, and Samsung SNH-1011 IP SmartCam are other great candidates. The combination of the Internet and your home security camera gives you the ability to view a live feed from anywhere, including your smartphone, in many instances.

Mini cameras are beginning to gain traction, and with good reason. They are a fraction of the size of the more traditional models, but still offer excellent resolution.Their compact size makes them extremely easy to hide.

Interestingly, one of the most rapidly growing uses of indoor and outdoor video cameras is to monitor pets while homeowners are at work. Guess you can say that video camera technology is going to the dogs.

GEOFENCING
If there’s someone you absolutely must keep track of (think of your child off to school alone for the first time), geofencing technology can offer serious peace of mind. Geofencing is a virtual fence that helps identify when people enter or exit a defined physical location, like your house. This fence is drawn as a circle with a defined diameter around a physical location. When a GPS tracking device (like the one on your smartphone) crosses the border that you’ve established, you will receive a notification via text or email.

Some alarm systems support geofencing within the system itself; others will support the capability via IFTTT (If This, Then That is a web-based service that homeowners can use to write their own automation “recipes”) integration through products like Scout and iSmartAlarm. For those serious about owning a surveillance camera with geofencing technology, look for models that support IFTTT. Cameras like Homeboy have existing IFTTT channels, which give them the option to arm and disarm via geofencing technology.

DMP offers geofencing for Apple and Android Virtual Keypad App users. The alarm system recognizes when a geofence has been exited or entered, triggering a “Favorite” that will automatically activate a variety of systems, including electronic locks.

With the proper subscription, Alarm.com allows its customers to go to a special web page and draw a geofence around their home or business on a map. They can then have the company send them a reminder to arm their alarm system remotely when Alarm.com detects that their phone has left the predetermined geofence area.

Perhaps the most interesting use of geofencing is to manage where drones can and cannot fly. This sort of observation can be restricted by employing a service called NoFlyZone, which enables customers to enter their address and email, which is subsequently added to the free service.

SMART HOME APPLICATIONS
While the smart home has been in place for some time and will keep growing (smart home adoption in the U.S. is poised to grow 37 percent between 2013 and 2019, according to ABI Research), the applications have become increasingly more intriguing.

Three years ago, the average number of Z-Wave smart devices integrated into a security system was 1.5 devices; today that average is between six and eight devices. Ultimately, this means that consumers are controlling their home’s smart devices at a rapidly increasing rate—and commonly through the app of a security system. Dan Jarnagin, general manager of Guardian Systems, of Smyrna, Tenn., contends, “We don’t say we sell security systems anymore. We sell lifestyle systems.”

AGING IN PLACE
A trend that is growing as baby boomers age is the “aging in place” phenomenon—allowing seniors to remain in their homes, independently, for as long as possible. Among the features that can be particularly useful are automated, audible reminders and voice-activated alert systems that can help seniors lead independent lives. Obviously, Wi-Fi cameras with two-way communication can allow caretakers and adult children to keep tabs on their elderly parents from afar (like getting a notification when a certain door has opened).

Smart locks—especially from industry leaders like Kwikset, Yale, and Schlage—can play a huge role in the aging in place trend. When hooked up to most home security systems, these locks can perform various functions critical to keeping a senior resident safe. Alerts can be set up, for example, so that an adult child is notified if the front door hasn’t been opened for 24 hours. Sensors can be placed on the refrigerator door to indicate whether the elderly parent has been eating. And of course, caretakers can be granted access to the house just during certain times to ensure that critical services are provided.

Thanks to the incorporation of innovative technologies, the security system has evolved from purely a home protection solution to that of a highly intelligent, multi-functional system capable of granting homeowners greater convenience and comfort. Gone are the days of punching buttons on an alarm panel; slick smartphone apps from which a security system can be easily monitored and managed from the couch or another country have replaced them. Laden with functionality, today’s security systems can serve as the hub of the smart home. Be sure to consider them as an option when you decide to automate your home. EH

Art Sesnovich is the co-founder and principal of Bulldog Communications, a full-service public relations and advertising firm located in North Andover, Mass. His firm has represents numerous companies in the smart home and connected device markets.