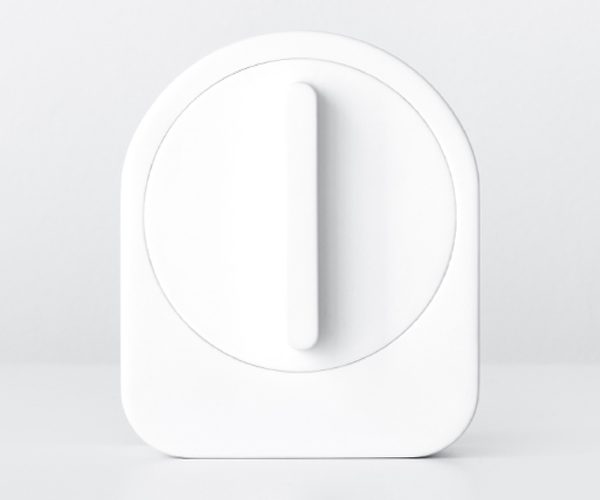 Thousands of Kickstarter fans are getting ready to say, “Open Sesame!”

The new Sesame smart lock is creating a lot of buzz through a crowdfunding campaign, which reached its original goal in just nine hours. So what’s so special about the Sesame?

This smart lock option offers access via Bluetooth, but you can opt for web-based support by adding in the WiFi Access Point (sold separately). Both versions use the Sesame app, which is designed for Android and iOS devices.

However, the company is also throwing in another interesting option: a secret knock. While it may not sound like the safest option (we’re guessing that there may be some additional tweaks needed on that), the Sesame smart lock does support that sound feature. Another nifty perk is that the Sesame smart lock syncs the movement of the lock with your smartphone, providing exact control of the angle to which the lock turns.

Sesame’s five-patented design allows the smart lock to be installed over any existing deadbolt. You don’t even have to remove or discard your current lock!

The Sesame boasts about 500 days of use with the supplied lithium batteries, and will even send a notification when that power supply is low. Other features include the option to control who has access and when, access notifications, and military-grade encryption for the app. Also worth noting is that the app is open source.

The Kickstarter campaign for the Sesame smart lock will run through April 26. Since the lock has already reached its funding goal, backers can look forward to stretch goals, such as extra batteries, voice recognition, and more.

Available in black, white, silver, pink and light wood, a few of the $99 early-bird options are still currently available. Once the campaign ends, backers can expect to receive the Sesame sometime in May. Then, once the Sesame smart lock starts selling at retail, it will be priced at $149 for the Bluetooth model, with WiFi access costing an extra $50.