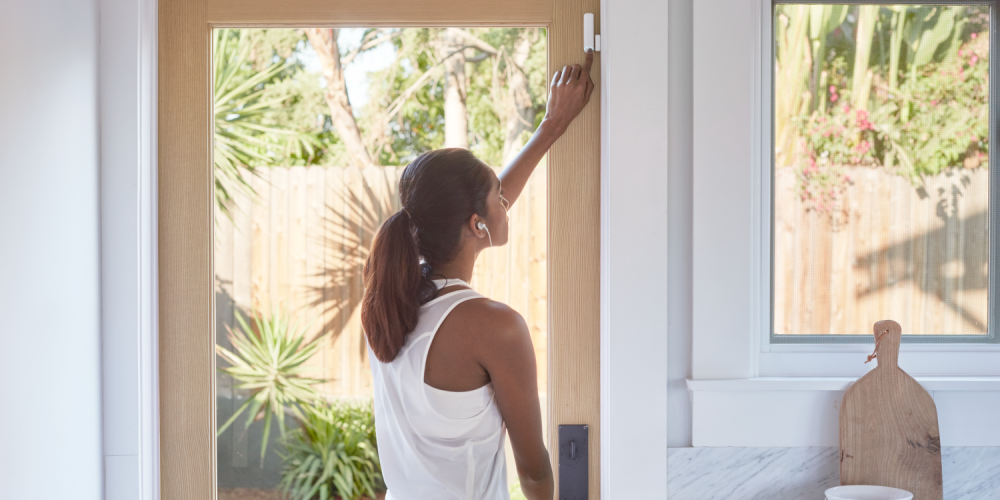 Nest had a big press conference in San Francisco on Sept. 20, which I skipped because I figured it would be another thermostat or camera. Well, there was a camera, but the big announcements were the new Hello video doorbell and more importantly the Nest Secure security and home automation system with optional monitoring by MONI.

According to the company, “It’s tough on bad guys. Easy on you.”

The new products don’t do much more than anything else on the market, and they’re quite expensive, but there is at least one very important part of the story: Nest is doing it. It will sell millions and millions of the new devices. Alphabet sibling Google will be all too happy to tag along.

In the process, the company will 1) give consumers another reason to adopt Google Assistant for voice control, and 2) give product developers a reason to implement Thread and Weave, two IoT protocols deployed in every Nest product since the first learning thermostat in 2011.

The end game, I believe, is to push the products through insurance agencies (insurtech, as the movement is known), which want more information about their policy holders and proof that the systems they’re subsidizing are actually connected and working.

Maybe the insurtech angle is a stretch — Nest has said nothing about it — but it’s far more interesting than the notion that Nest created a DIY security system that is more expensive and less useful than current offerings. 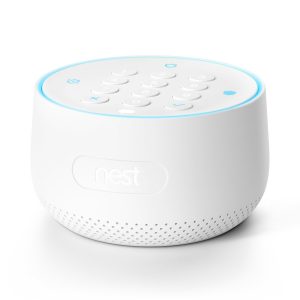 Nest Secure starts with Nest Guard, a pretty white hub with an onboard keypad, back-up battery, loud siren, blinking lights and a Wi-Fi radio (cellular optional) for connecting to the outside world – both for remote access and for cloud-to-cloud integration. In Sept. 20 announcement, Nest highlighted integration with Philips Hue, Lifx, Lutron, Chamberlain, “and more.”

Obviously, Guard needs to communicate locally with life-safety devices like the Nest Protect smoke detector and Nest Detect sensors. Indeed it does. It also communicates with another new product: Nest Detect. The batteries that power this sensor last for two years or so– respectable, but a little less than the equivalent Z-Wave sensor, and a lot less than traditional alarm sensors (319 – 443 Mhz), which can last more than five years.

A Nest Secure starter kit, including one Guard hub, two Detect sensors and two Tag fobs (NFC only) will retail for about $500, which puts the system at the very high end of the DIY market. (The fob doesn’t do much today. You can use it to disarm the system–old-school like.)

Additional sensors cost $59, which is expensive for any ol’ wireless sensor, but not for a company that sells thermostats for $250 and a basic IP camera for $199. 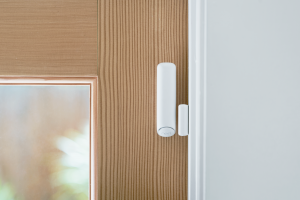 It’s really expensive for what it is, especially given that it only works with one variety of relatively expensive security sensor.

Unlike, say, a Z-Wave system or one that uses standard alarm sensors (319 – 443 Mhz), Nest Secure doesn’t work (locally) with flood detectors, freeze detectors, water shut-off valves, sirens, keyfobs or just plain ol … cheaper door/window sensors. Not to mention, it doesn’t talk to standards-based lights, appliance modules and other niceties that complement virtually every other security system on the market.

In fact, while Nest Secure presumably communicates natively with Protect smoke detectors via Thread/Weave, the smoke detector played no role in the big press conference and is oddly absent in Nest Secure messaging. Why wouldn’t a smoke detector be front-and-center of a securty-system launch? It’s just weird.

We know one thing for sure: the smoke detector is not being monitored by the central station. If the house goes up in flames, no one will be notified except homeowners and the friends on their contact list. Perhaps Nest is withholding any fire-safety messaging until a UL listing (985) arrives for that?

There’s more. Nest announced today the Nest Cam IQ outdoor camera with facial recognition (for close up) and person recognition (far away). Because the camera, like all Nest products, has Thread and Weave inside, presumably it could unlock the door automatically when a familiar face is recognized.

For $349, consumers will demand something really special in an IP camera. This camera delivers. It’s really cool. It even zooms in on trespassers and tracks them in high-def.

With its Voice ID feature, the Google Assistant could automatically unlock the door with a spoken command from a recognized voice.

By the way, Nest is providing a free Google Assistant update for its existing indoor IQ cameras. That makes us believe the service will be embedded in the new security system at some point. 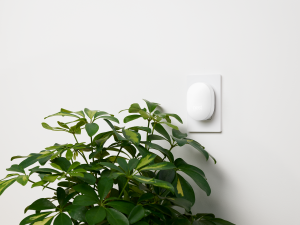 Nest is dangling one more carrot: Nest Connect. The plug-in module serves as a Thread/Weave repeater and Wi-Fi bridge, ensuring reliable coverage across large homes, and providing Internet connectivity for Thread/Weave devices — like the Nest Detect sensors — that don’t have Wi-Fi built in.

With a security system, a plethora of sensors, and a Thread/Weave bridge, Nest is starting to make its two big IoT protocols look pretty interesting to anyone planning to integrate smart home technology.

Insurance companies are starting to demand proof that systems they subsidize are in fact working and connected. The old days of slashing 10% off the bill for a “monitored security system,” and then never questioning its existence or functionality thereafter … those days are numbered.

Already Nest has convinced insurance companies to give policy holders a Protect smoke detector free of charge … and a 5% discount on top of it. The stipulation is that the insurance company gets notified once a month that 1) batteries are charged, 2) sensors are working, and 3) Wi-Fi is good.

Nest, with Google, is an information company. They can do that.

Insurance companies want more than anything to have a black box in the home like they have in the car today. Drivers can opt in for a discount, while insurance companies gather data, promising not to penalize drivers for whatever they see. Reward drivers, sure, but not penalize.

At the end of the day, the actuaries want better data to help them assess risk beyond the age and sex of the driver. How many stop signs are on the way to work? How many left turns are there? How late does the driver work? Does he stay home on weekends? Are there a lot of trips to the airport?

For the home: How many people go in and out? (Nest cameras can count.) Does the customer arm their security system? How long do the residents sit on the couch? How often does the door open and close? Does the homeowner pace back and forth? Is the home vacant during the summer? The weekends?

This type of data in aggregate can save insurance companies millions or billions of dollars. Brand new policies could be invented.

Now, couple that with data from the black box in the car? Jackpot!