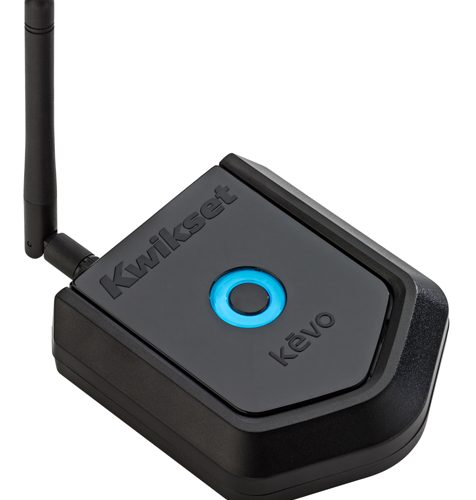 Having a smart lock may not seem like the best home surveillance option, but it’s actually a great addition to your home security system. Of course, it won’t catch intruders breaking in, but a good smart lock can alert you to when someone is going in and out of the house.

Kwikset is looking to make the Kevo Smart Lock part of that security solution.

When this smart lock was first introduced, it wowed consumers with its cool design and ability to open the door with just a touch of a finger. A smartphone is certainly part of the equation, but the lock’s Bluetooth support means that you don’t need to actually fish that phone out of your pocket or bag. It even provides the aforementioned alerts, whether someone is using an eKey or has access to the system.

The one thing it didn’t offer was remote access for those times when you’re halfway across town or the world and need to lock or unlock the doors. That’s why they’re adding Kevo Plus.

Kevo Plus is a newly announced upgrade for existing Kevo locks. Yes, you don’t have to get out the drill and replace that new smart lock; you can just make it even smarter. The new Kevo Plus will allow you to unlock the door for a neighbor or baby-sitter, as well as check in and lock up, if you failed to do so while running out too quickly. It works by connecting your Kevo lock to your home network, so you can access it over the Internet.

The Kevo will still recognize users with the touch of a finger. However, the new Kevo Plus upgrade just adds in remote locking and unlocking, as well as unlimited Anytime and Scheduled eKeys, real-time activity monitoring, event scheduling, lock grouping, and more.

Kevo Plus requires an upgrade to your account and a new gateway (pictured), which plugs into your existing web router and connects to your lock via Bluetooth.

“We’ve continuously listened to customer feedback and released software and firmware upgrades to enhance Kevo since introducing the smart lock in 2013,” said Greg Williamson, chief marketing officer of hardware and home improvement for Spectrum Brands. “Kevo Plus represents the biggest expansion of the Kevo platform to date, giving current and future Kevo owners even more flexibility and the convenience of controlling their smart locks in real time from anywhere in the world.”

Kwikset plans to make the Kevo Plus upgrade available sometime in spring 2015. A membership plan will be required, but pricing won’t be announced until closer to the actual release date. The current Kevo Smart Lock is selling now, priced at $219.