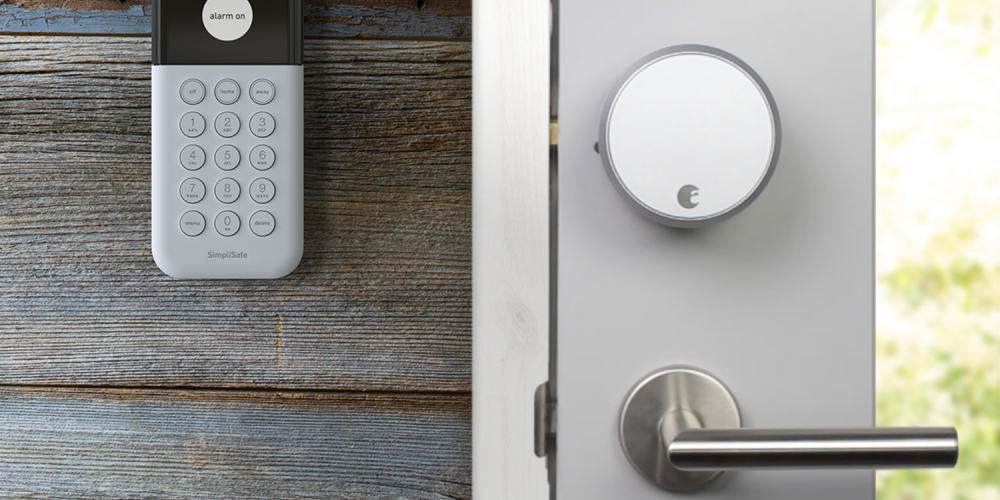 Smart locks have been around for some time. Home security systems have existed even longer. It seems like the two would be perfect duo for protecting your home. But they’ve operated largely as two independent entities. The lock did its thing; the security system did its thing. Finally, the two home protection products are merging to provide a more comprehensive level of home security. The most recent coupling comes from August Home and SimpliSafe.

The integration of SimpliSafe’s home security system and August Home’s smart lock enables users synchronously lock and unlock the door by arming and disarming the security system. It’s basically breaking down a two-step process into one easy step. When users disarm their system through the SimpliSafe Key Fob, Keypad or mobile app, their August Smart Lock or August Smart Lock Pro will automatically unlock. The opposite happens when they arm their system.

Plus, by having a two-prong approach to home security, provides unbeatable peace of mind.

“Our mission is to make every home secure,” says Chad Laurans, SimpliSafe founder and CEO. “We’ve taken the time to work hand-in-hand with the August Home team to ensure that the integration offers not only convenience, but also the strongest, most reliable home protection possible.”

The paring up of the two products also simplifies the process of granting guests—like your dog walker or sitter–access to your home while you’re away. You can unlock the door and disarm the SimpliSafe system right from the mobile app, then easily lock and re-arm the system.