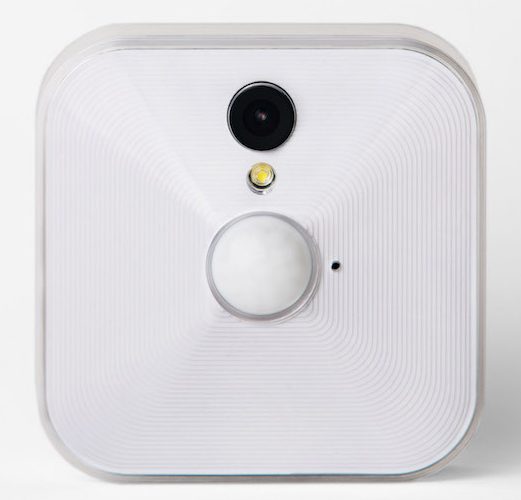 There are a lot of wireless security cameras out these days. However, most of these options aren’t truly wireless. While many of these: cameras can connect to your home network using wireless technologies, most typically have at least one wire—for power.

Because most wireless security cameras: need: power, they also need an: outlet. This is great if you want to put your camera near an outlet: or: don’t mind the power cord: dangling. Of course, there are ways to hide those wires or you can ditch them altogether with Blink.

Blink wireless security cameras are truly, completely wireless. Each one is battery-operated and features WiFi support, so you can place them wherever you want them. Does this type of flexibility seem too good to be true? Read on for a closer peek at how this product works.

Announced back in 2014, the Blink system initially launched through Kickstarter. However, unlike a lot of crowdfunding ventures, Blink is actually delivering products to backers. That has kept them pretty busy over the past year, so: Blink: still isn’t available for the masses to purchase. That said, you can pre-order one-, two-, three- and five-camera packages. Now: would be a really good time to do that too, since the company: plans: to: start: cranking: those out at the beginning of January.

Besides the size of the system and the easy setup process (which I’ll get to in a minute), the Blink system is really affordable. A one-camera package costs a mere $79. I got the chance to check out the two-camera system, which is priced on the website for $139.

Out of the box, the Blink system: is teeny-tiny. Like, these things could slip in between couch cushions and you’d never feel a thing. Each camera measures approximately 2.75-by-2.75-by-0.5 inches. That’s pretty darn small! Each Blink package also comes with the Sync Module, an equally small device that measures about 2.25-by-2.25-by-0.5 inches. This piece of the puzzle does require hardwired power, but you can stuff it anywhere you have an extra outlet.

To start the setup process, download the Blink iOS/Android app and create a new account. This basically involves punching in an email address and password. Next, the app will walk you through the actual setup, which could not be easier.

First, plug in the Sync Module, which you’ll need to connect to your WiFi network. The app will prompt you through the entire thing. Once it’s connected, you can start adding Blink cameras. The system can support a total of 10 Blink products (not including the Sync Module).

Each camera operates using two AA batteries, so you won’t ever have to worry about cords or placement. According to Blink, you should get about a year’s worth of surveillance on those batteries. One of the things I love about these cameras (besides the size) is that you don’t even need a screwdriver to add the batteries. There’s a: rear: compartment that pops off, and seems pretty secure when reattached. Before you close it up though, know that you will need to punch the camera’s serial number into the app. Once you do that, the app will connect the camera and it will be ready to be placed.

The app offers options to test out the strength of your WiFi signal and the Sync Module. Blink says you’ll want a minimum of three bars for each. (I had five.) I positioned one camera to look outside, with a second focused on my living room.

The window probably wasn’t the best spot for one of my Blink cameras. It gave me a great 720p image during the day. However, at night, I got a reflection of dirty window glass and Christmas lights. Not the best combo, but certainly not the camera’s fault. Also, since the Blink detects motion based on heat moving across the camera’s field of view, it never alerted me to visitors and package deliveries—unless I was already peeking through the live view on the app.

In order to get an image at night, each Blink camera has an LED illuminator, which shines brightly in dark spaces. Users have the option to set the intensity of the light (low, medium, or high). However, my family (including the dog) seemed consistently startled by the light whenever it made an appearance.

During the day, the system’s: images were quite awesome. Colors were spot-on and although the camera operates on a delay, it was always just 1-2 seconds. If you’re afraid you’ll miss something, don’t worry; if you want it to, the: Blink system will make: a little recording: every time there’s any sort of movement.

Blink also offers a variety of customization options for each camera, which are accessible through the app. Let’s run through the options, as listed:

2. Motion Detection. There are options to disable the motion detection feature, which I do recommend doing while you’re at home. Otherwise, you’ll have endless alerts and clips of you walking to the kitchen, the dog getting up on the couch, or the family eating snacks. You can also delay the time between each of those clips, between 10 and 60 seconds. If you set it to 10, the Blink system will literally create an endless amount of clips, with just 10 seconds in between them. There are also options to set the sensitivity of the motion sensor, but I found it to be pretty darn sensitive, even on the lowest setting. I don’t think this a bad thing, but may be another reason to disarm the system while you’re at home. Finally, there’s also an option to set the length of your video clips, between 1 and 10 seconds.

3. Illuminator. As mentioned, you can tweak the light on the camera for nighttime viewing. There are options to turn it on and off, as well as set it to Auto so it’s only used when needed. Users can also change: the brightness level, but as I said, I always found it to be pretty bright.

4. Audio. If you disable this, you’ll create a bunch of silent video clips. I don’t see why you’d ever shut the audio: off, but there’s an option to do that. If you need to view video in a quiet place, you can also use: the: mute button on your phone or tablet, as well as through the live video window.

5. Status. This is sort of a catch-all area for the rest of the camera’s features. It tells you the status of your WiFi strength, Sync Module strength, and even the camera’s battery life. There’s also a temperature reading because the system does have a sensor for that.

During my testing period, I occasionally encountered a little delay while: checking in for a live peek on the Blink. Once in a while, the system would time out altogether. This was pretty rare and was usually remedied by closing out of the app and restarting it.

Blink doesn’t offer any type of split-screen functionality, so you can’t view multiple cameras on one screen—at least not for: live video. The app’s home screen does show: an image (which you can change) for each camera, but you’ll need to click on each device: to pull up a live view. When clicking on those: cameras, it usually took a few seconds to get my live image, but once it appeared, I had no complaints. The image and the audio were always very clear. After a minute or so, the app will give you the option to keep peeking. If you don’t respond, it will go into a standby mode.

Overall, there are a lot of things to love about this little security system. Besides the size and ease of use, the Blink system is really affordable—and I’m not just talking about the actual hardware. Blink offers free alerts and free clip storage, up to 7,200 total seconds of video. If you see something worth keeping, you have the option to save or share clips from the app.

According to Blink, the motion detection works best when someone walks across the camera’s field of view. However, on more than one occasion, I did have clips that showed my dog’s little face peeking around the kitchen floor for scraps. At times, it was a bit daunting to see that I had 100+ clips waiting for me, but I can’t say that the system didn’t work properly.

Blink has a few delay quirks, but I definitely think they are on to something. After all, who doesn’t love wireless home security cameras that are cheap enough and easy enough that you can pop them in almost anywhere? The company is also planning to add on-board USB storage and an auto arm/disarm function to the cameras, as well as an optional 105db stand-alone alarm product.

To order the Blink system, check out the company’s website.: