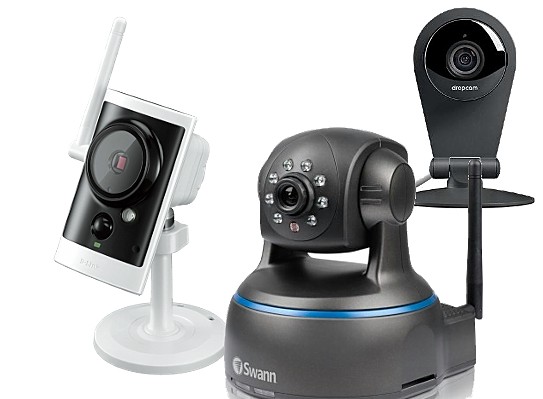 For around $100 you can pick up a WiFi security camera that will work with your iPhone or Android smartphone, let you see what’s going on in the house when you’re away and can record short bits of video when something happens. However, what good is that security camera when it can’t see in the dark?

It’s surprising how many WiFi cameras are not night-vision compatible. While night vision might not be necessary during the day when you just want to keep track of your dog’s behavior or check that your kids got home from school on time, for most security-related uses, you need to be able to cut through the darkness, whether that’s inside the house or out.

When choosing the best wireless security cameras for your home, spend a little extra money and get cameras that include night vision. Not all night vision is equal though, so check out videos online to see examples of how good the night vision is. Other features to look for include motion sensors, text or email alerts, the ability to pan, tilt and zoom, and the ability to offload photos or video from the camera or cloud service that the camera saves to.

Besides being an affordable solution for home and business owners, wireless security cameras are also ideal for apartment dwellers who can’t have permanent security systems installed.

The Piper NV is a follow up of the original Piper from iControl. Like the standard Piper, the NV boast a 180-degree field of view.

Read a review of the original Piper security camera here.

As is standard with iControl Networks’ first-generation Wi-Fi-enabled Piper security camera, the night vision model can be set to detect motion and to integrate with other Z-Wave devices, such as thermostats and lights switches. This enables the camera to activate the lights and adjust the thermostat when it senses motion, for example. The camera can also monitor the temperature, humidity, light level and sound, and send you a text or email alert if these conditions exceed a certain predefined threshold. Videos recorded by the Piper are stored on a cloud sever and accessible via smartphone or tablet. Piper NV comes in either white or black for $279. (Available on Amazon)

Dropcam was purchased by Nest in 2014, and there are neat ways you can integrate the two, but the Dropcam Pro is also a good camera without the Nest thermostat. This WiFi security camera has a wide 130 degree viewing angle, so you can see a whole room in one glance. An 8x zoom and HD video recording means you can see details some cameras don’t pick up. The Dropcam with night vision includes both a microphone and a speaker, so you can talk back to people (or pets) as you’re viewing them. Saving recordings to the cloud requires an annual fee, starting at $99. The camera itself costs $199. (Available on Amazon)

This D-Link WiFi camera will cover you indoors or out. It can handle rain, snow, summer heat or extreme cold (-13 degrees F). It records in 720p resolution, and can see in complete darkness for up to 15 feet. With the free mydlink app (iOS and Android) you can view recordings, check in from anywhere and receive notification alerts. The D-Link cam accepts a microSD card for local recordings. No annual fee. $179 (Available on Amazon)

This SwannEye WiFi camera looks more professional than the others, and that’s because not only does it record night scenes (up to 32 feet) but it also includes a tilt/pan function, so you can move your digital eyes around the room up to 350 degrees. A microphone and speaker allow for two-way communications. It works with the Swann app for both Android or Apple devices. No annual fee. $179 (Available on Amazon)

To read more about wireless security cameras, check out this article from the January 2015 issue of Electronic House.

You may also like: Security Benefits of Smart Lighting and Window Shade Control