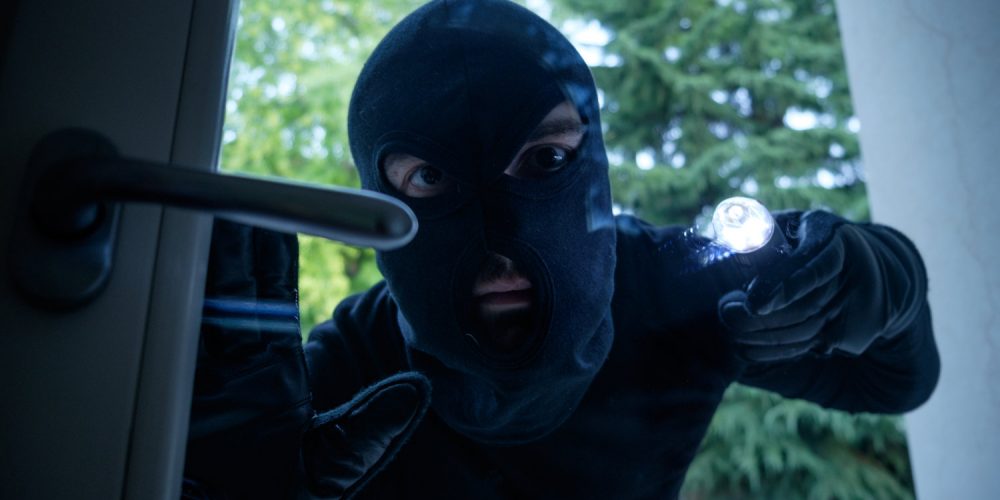 Your home represents a place of sanctuary and security for you and your loved ones. At the same time, burglars view your home as an opportunity. The FBI reports a property crime occurs every 3.8 seconds, with home burglaries happening every 18.2 seconds.

The frequency of these crimes is alarming, but by learning more on burglary, you can arm yourself with the information you need to protect your home wisely. Here are 10 surprising home burglary stats as well as tips you can use to prevent burglaries from happening to you.

1. Many Burglaries Take Place During the Middle of the Day

Burglaries represent crimes of opportunity so it shouldn’t come as a surprise that thieves prefer to target homes between the hours of 10:00 a.m. and 3:00 p.m. The reason for this is that people are at work or school, lessening the chance of witnesses seeing the burglar.

Tip: If you have to be away from the home during these hours, a great solution is to install motion-activated cameras at the entry points of your home, both inside and out. Many come with app-based services that alert you when a camera detects motion. You can then log into the app to see what prompted the motion and take action from there. 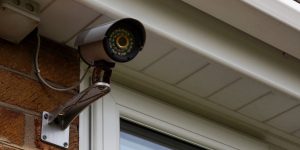 In addition, outdoor cameras can reduce a home’s appeal to criminals. In a study conducted by University of North Carolina Department of Criminal Justice and Criminology, thieves considered increased indicators of home security, such as cameras, as main deterrents when selecting a home.

Thieves look for the least amount of risk possible when breaking into homes, so it stands to reason if you don’t have a home security system, your house is more attractive to thieves due to the reduced risk involved.

Tip: To make your home safe, install a monitored security system that can also send you an alert at the first sign of a break in.

3. The Majority of Thieves Live Within Two Miles of the Crime

Since burglaries are crimes of opportunity, people who live nearby pose the most risk because they can study you and your family’s schedules to find out when your home is unoccupied. They might also use signs such as an un-mowed lawn or newspapers stacking up as indicators you are on vacation.

Tip: Make variety a key emphasis in your routine, as this keeps you more unpredictable to watchful thieves. Many lighting control systems are able to turn the lights on and off in a random pattern rather than a predictable timed pattern, which makes you house look occupied. Many systems can even “learn” your behavior and trigger lighting zones on and off while you’re away on vacation.

On average, a burglar will spend anywhere between eight to 12 minutes in your home. The reason for this is before breaking in thieves will identify objects in the house they want to steal such as electronics, jewelry, or other items that are quick to pick up. This way, when they enter the premises, it’s a quick score. The faster they are able to get in, find what they want and leave also could reduce the chances of detection from happening.

Tip: Your first line of defense should be arming your home with a monitored security system. Next, protect your home’s entry points by keeping all doors and windows locked and protected with a contact sensor that communicates entry to the security system.

5. Burglars Enter Almost a Third of the Time Through an Unlocked Door or Window

Thieves look for the quickest entry points into a home. Often, they will look for unlocked or opened windows or doors, especially on the first floor to enter. If you have bushes near your window it gives them an area of concealment they will use.

Tip: Don’t make it easy for thieves to gain access to your home by locking all doors and windows. You should also have motion-activated sensors for your windows and cameras near your doors to capture all activity that happens.

In addition to these measures, if you have bushes or other vegetation near a window, keep them trimmed to provide more visibility for neighbors. All these things will lessen the appeal of your home to thieves.

6. The Front Door is a Popular Entry Point for Burglars

In a survey conducted by InterNACHI, it found 34 percent of burglars enter through the front door, making it the most popular entry point for thieves. The appeal for this entry rests in its ease of access. Since burglars want to enter, steal, then leave quickly, an unlocked front door or kicking in the front door represents the best entry for them to achieve their objective. 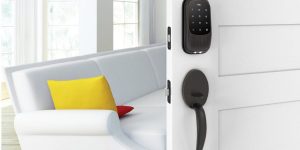 Tip: You need to keep your front door closed and locked at all times. Many smart door locks on the market today are impossible to pick, so replace your old standard lock with one of these modern solutions. Because these locks are operated without traditional keys, you eliminate the risk of your house keys getting into the wrong hands. Also install motion-activated sensors or a security camera installed near the front door.

7. The Master Bedroom is the First Area Thieves Visit

Thieves know a master bedroom is where you will normally store most of your valuables such as jewelry, cash, and other items of interest. Therefore, it’s reasonable why they target that area before other rooms.

Tip: Add a smart lock to your closet door, or any area that you want to keep off limits.

Burglaries don’t just rob you of your peace and security. They come with enormous financial ramifications as well. The FBI reported in 2014, burglary victims suffered total losses at an estimated $3.9 billion. This averages out to $2,251 per burglary.

Tip: The best way to protect yourself and your family from thieves is with a security system. You can search through the best home security systems to find one that matches your needs. Best of all, since there are many reputable providers available, you can find one to fit even the tightest of budgets.

Someone Is Home in Almost One-Third of All Burglaries

One of the most troubling aspects of burglaries concerns how often they occur when someone is home. Not only does it present a frightening dilemma for the person present, it also places them in danger if the burglar discovers someone is in the home with them.

Tip: The best way to keep yourself safe at home is to keep your alarm system armed at all times. That way, if it detects an unusual entry and signals an alert, you can be proactive in how you respond. In addition, an alarm signal could scare off the thief. Utilize the zoning features of a security system so that you can walk throughout your house while the perimeter remains armed.

10. Police Only Catch a Few Burglars

The FBI reported in 2014 there were 1,573,560 burglary crimes, with only 13.6 percent of them resulting in arrests. These stats indicate thieves could be bolder in their actions since the chances of them being caught are low relatively, especially if you don’t have a home security system at the time of the burglary.

Tip: Since police need as much evidence as they can find, installing security systems with a live video feed is a great way to help them. Even in the unfortunate event that you become a victim of a burglary, a live feed is a great way for law enforcement to use the video to identify the perpetrator.

Therefore, it’s important to install cameras in entry points of your home strategically to capture as much of the room as you can. Small details can go a long way in helping police find the thief.