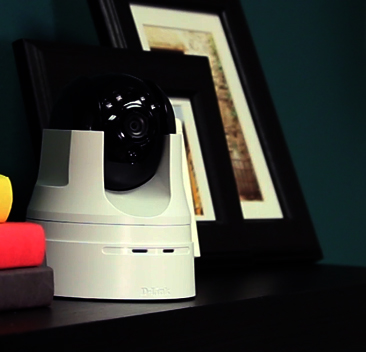 With so many affordable security cameras these days, there’s really no excuse not to have some type of security system in place. And because so many of them are wireless security cameras, you don’t need long wire runs, add-ons or monthly fees.

Not Enough Cameras
Wireless security cameras are affordable enough that you should be able to splurge on more than one. Yes, that new PTZ (pan/tilt/zoom) camera does provide a wide view, but it probably won’t cover the lower level of your house. And every time you zoom out, the image may get a bit more pixelated. Instead of squinting, make sure you have enough cameras to scope out the different areas in and outside of the home. Also remember that because you are choosing this type of setup versus a monitoring service, you will be the one doing the monitoring. You can’t rely on one zoomed out camera to deliver an accurate (or easy-to-view) peek at a large space.

Poor Positioning
Just like when you take photos, you need to make sure your wireless security cameras are pointed at the proper angle in order to get the best images. Don’t point the camera at the ground, think about obstructions, and make sure it won’t be exposed to too much light (which causes the images to get washed out). It’s also really important to make sure you put those cameras in an area that has access to a reliable WiFi signal.

Blegen says you can also add in a WiFi extender or purchase a camera that has one built in. Of course, you could also move the camera to an area with better coverage.

It’s Not Totally Wireless
With wireless security cameras, you don’t need to be tethered to your router or an Ethernet port. That said, you will need power. There are a select crop of cameras that operate on batteries. However, if the cameras are placed high or you’re just lazy, you probably want something that’s more of a permanent fixture. Most wireless security cameras can connect to your existing WiFi network, but they do need to be plugged in. Make sure to pick a spot that’s close to an electrical outlet.

Forgetting the Password
You have a lot of passwords to remember. However, when installing wireless security cameras, you may want to add on two more—yes, two.

“Before WiFi camera setup, users must ensure the network they are connecting cameras to have a secure encryption configuration and a complex SSID/password,” says Blegen. “For additional security, choose a camera that requires the user to enter the camera’s specific password during setup—double encryption. Many cameras come pre-configured, but remember to customize all WiFi device passwords. Think of something complex and include a variety of numbers and letters.”

No Remote Access
Most likely, if you’re installing wireless security cameras yourself, you want the option to view them remotely. Not all cameras provide remote control and sneak peeks. It’s easy enough to make sure that you are buying a camera that includes remote access. However, one thing you should look into is how you’re going to actually access that camera. Looking to view real-time video from a web browser? Make sure that’s an option. Even more importantly, check to see if that camera supports your smartphone/tablet platform. Some cameras work with iOS devices, some work with Android, and some work with both. Unfortunately, not as many work with BlackBerry and the Windows Phone. Make sure to read the fine print!