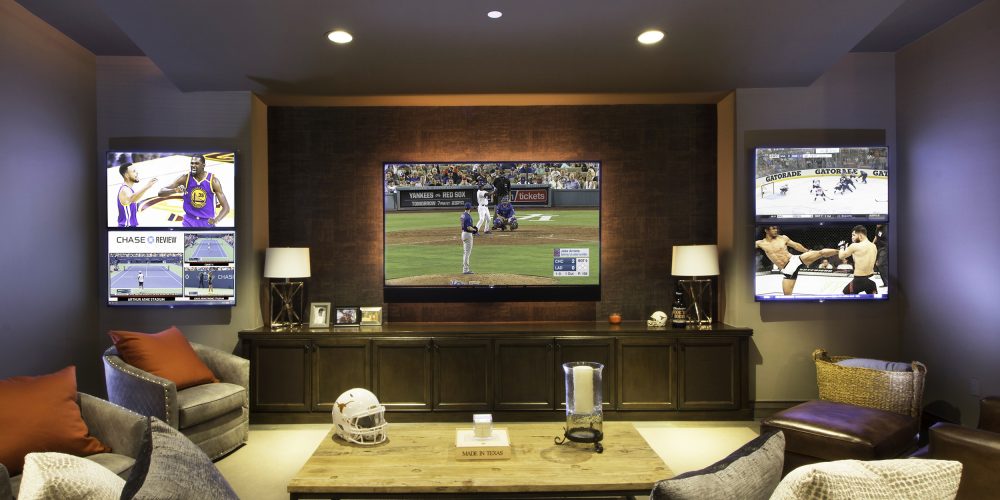 There are football fans who love watching the sport then there are super fans who relish the opportunity to critique every aspect of the game: compare stats, study and analyze players, review key plays, basically live and breathe the game. The owner of this media room marvel fits into the latter category, especially when it comes to the University of Texas Longhorns. As his home was being built, he sequestered a 1,500-square-foot space where he could dive deep into football territory, but all from the comfort of his couch. 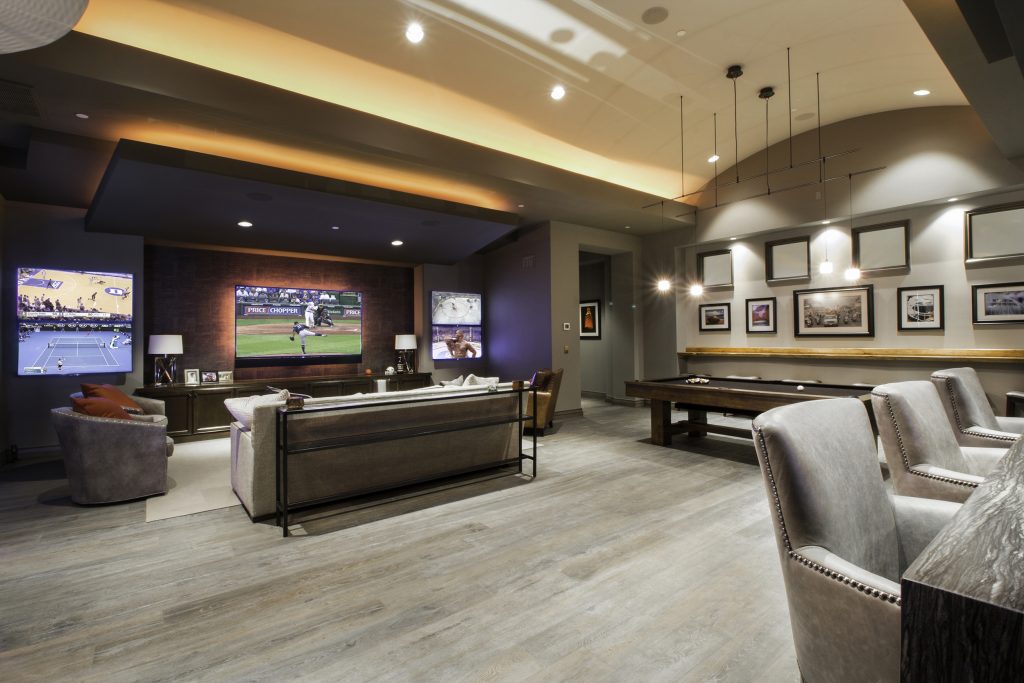 Local systems integrator Service Tech Audio Visual was hired to handle the conversion of the unfinished space into a multiscreen viewing environment, complete with a billiards table and bar. Sony XBR 4K TVs deliver high refresh rates for superior processing of fast-action sports, and five was the magic number of displays for the impending video wall. 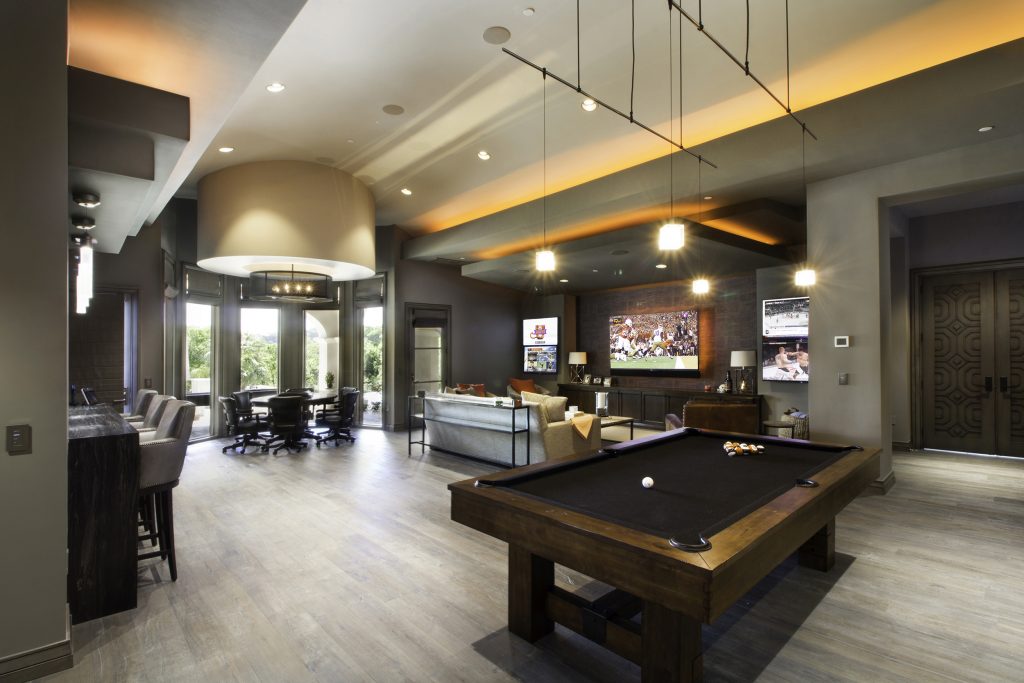 After coming up with a workable game plan, the team at Service Tech centered an 85-incher on the chosen viewing wall and flanked it with two 49-inch displays on each side. The result is an eye-popping video wall capable of displaying five separate programs simultaneously. Each display is connected to its own dedicated DirecTV box, giving the owner the freedom to pick and choose at will.

Rather than require the owner to use a separate remote to control each DirecTV box and its connected TV, Service Tech tied everything to a Savant control system so a single remote or touchpanel can quickly set up the video for game-day action. Using the touchpanel, which is stationed on an in-wall charging station but can be quickly removed and carried to the couch, the owner can select a channel for each TV.

Even easier, he can tap a button labeled “Hook ’em” which tunes each TV automatically to the owner’s five preferred sports channels. 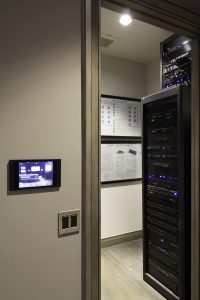 The central display goes right to the Longhorn Network; the others broadcast to other sports stations. The Savant app on the tablet does the trick, or he can press a button on a Lutron Palladiom keypad as he enters the room.

Audio automatically defaults to the 85-inch TV, which plays through a full-length custom Leon Speakers soundbar mounted below the display, as well as to in-ceiling Sonance Performance speakers for a 7.2-channel surround-sound effect. The owner can always use Savant interface on the touchpanel to direct audio from any of the other TVs to the speaker array.

A Lutron HomeWorks QS architectural lighting system and colored Philips Hue accent lights play a big role in the Hook ’em scene, too. The same program that sets up the video wall also activates cove lighting, which shines in Longhorns burnt orange. From the touchpanel, Savant remote or a Lutron Palladiom keypad, the owner can also engage a “Movie” scene. This tunes the 85-inch TV to Apple TV, switches off all the room lights, and turns the cove lighting to a deep blue hue: the perfect setting for a movie night. 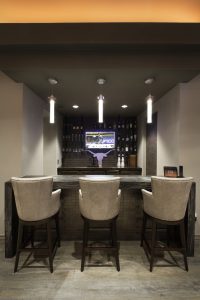 “Savant is so easy for our team of designers to program, it’s become our preferred home control product,” says Service Tech’s marketing manager Mattie Horn. “This project showcases what’s possible to achieve when you have a tool like Savant to bring all the pieces together.” With multiple TVs, intuitive controls, and colorful lighting, this multipurpose room is able to transition easily from a sports devotee’s dream viewing environment to a movie buff’s cinematic bliss.