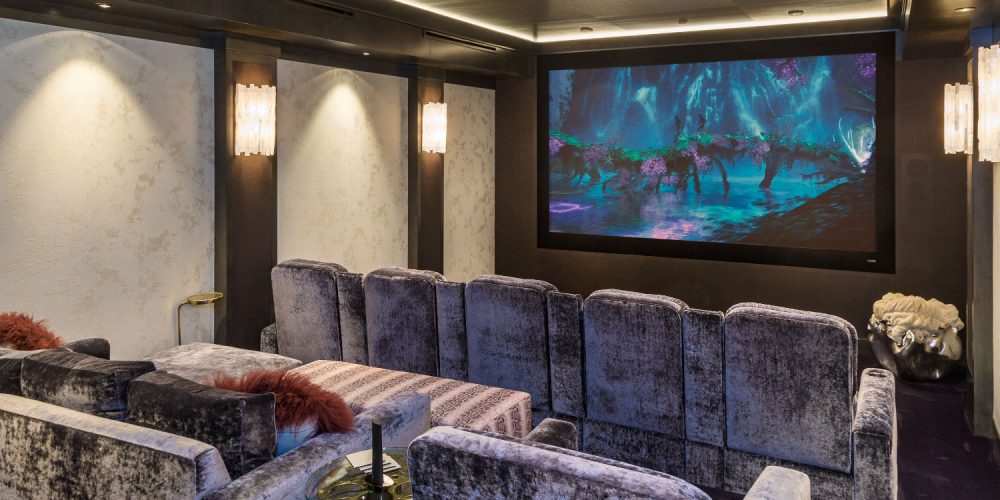 The owners of this theater knew their previous media space was out of date. They had been using the same equipment for about 13 years — that’s a lifetime in the world of home electronics. But they were content. The components worked, the space was large enough to host friends and family, and they had long ago mastered how to work the system. It would take something major to spur them to renovate.

Related: How to Protect Your Home From Water Damage

Recently, something big did happen: Their home theater flooded. A leaky bathroom pipe located directly above the theater sent water into the room, damaging the ceiling, walls, and much of the furnishings. The owners figured this was their sign to update the space.

They contacted a trifecta of experts to handle the transformation: Mike Murphy Construction Consulting, Amy DeVault Interior Design and DSI Luxury Technology, of Los Angeles. Together, this team created an amazing viewing environment for the homeowners, which earned the space a Gold Award for the Electronic House Home of the Year Contest in the Best Home Theater $75,000-$150,000 category. 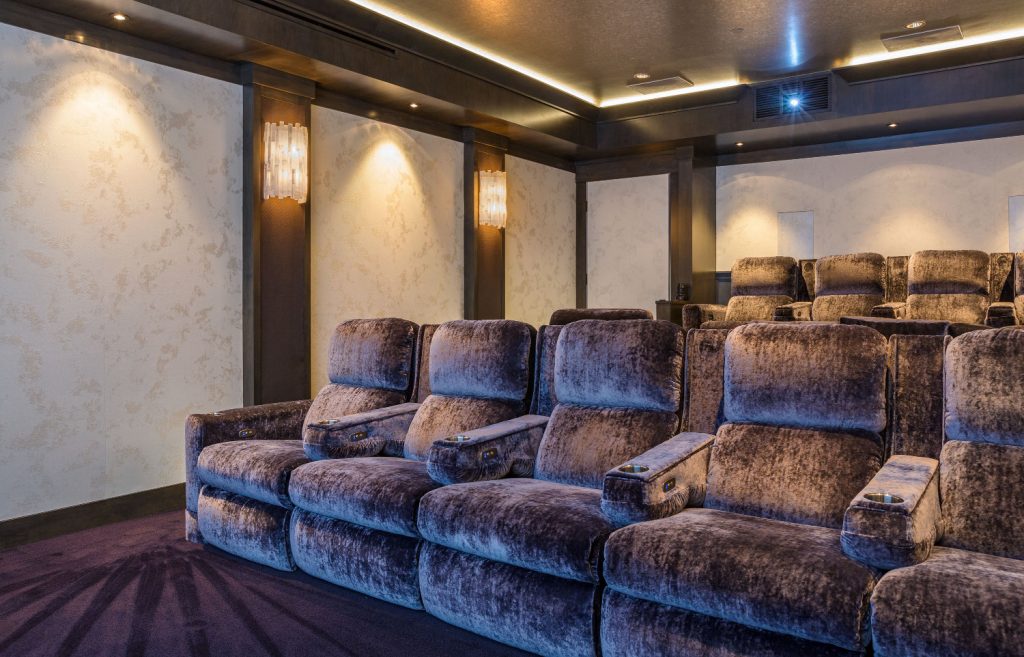 Walls were moved and soffits removed to provide more headroom and better sightlines from the seating area to the new projection screen; a fresh, modern interior design complete with new furniture was implemented; and a suite of state-of-the-art A/V gear along with a Savant control system was integrated.

Getting the room into tip-top shape was the first step in a process that would bring this theater into the upper echelon of performance. “We didn’t have a lot of ceiling height to work with, only about 9 feet, so it was a tricky engineering feat working around soffits and getting the screen where it the best position,” relates DSI principal Eric Thies.

“Our main objective when it came to selecting equipment for the new space was that the components be very current and have some staying power — tech that would have a long life and not become obsolete quickly,” adds Thies. “For example, we selected a 4K laser projector instead of an LED projector because we know that laser will be around for some time. The homeowners will never need to change a bulb or worry about their image losing brightness.”

DSI complemented the Digital Projection International (DPI) projector with an assortment of other 4K-compatible equipment, including a Kaleidescape movie server, DirecTV cable box, and Apple TV. DSI also rounded out the entertainment options with legacy components like a Sony PlayStation and even a VCR for the owners’ collection of VHS tapes.

A 17-speaker Dolby Atmos system handled by JBL Synthesis speakers and AudioControl electronics delivers realistic 3D audio to the space. Some of the speakers were planted into the room’s existing columns and covered with acoustical fabric. “The speakers are completely disguised, and the JBL Synthesis system ensures that they’ll sound great for another 13-plus years,” Thies says.

Because the owners would be watching old movies on VHS, as well as TV programs and sporting events, the screen would need to accommodate not just the super wide 2.35:1 aspect ratios of some 4K content, but also less-wide 16:9 content and possibly even 4:3. A masking system was applied to the theater’s 12-foot-wide acoustically transparent Vutec screen to alter the aspect ratio to suit whatever content the family chooses. The fabric masking is motorized to move automatically, thanks to its integration into the Savant controls. 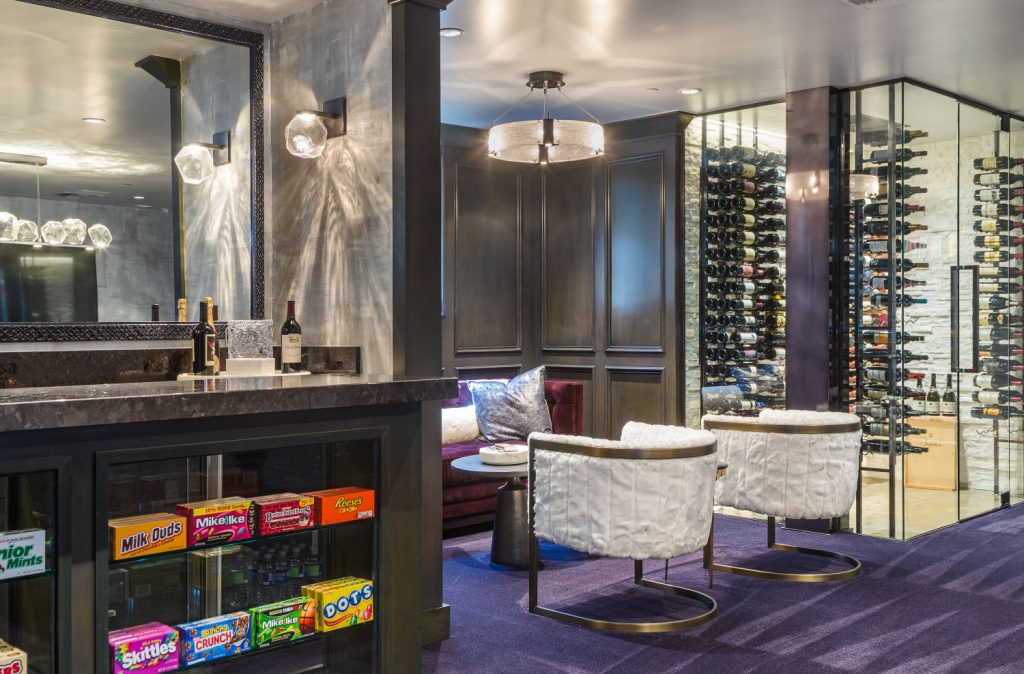 In addition to ensuring that the A/V sources, projector and masking system are in sync, Savant and a Lutron RadioRA system simplify the control of the room lighting. The owners can use a keypad at the theater entrance or an app on their smartphone to engage a lighting scene for before, during and after viewing. Programmed scenes are accounted for such as Movie, Intermission, Pause, and Clean Up, giving this theater even more stamina to endure the test of time.