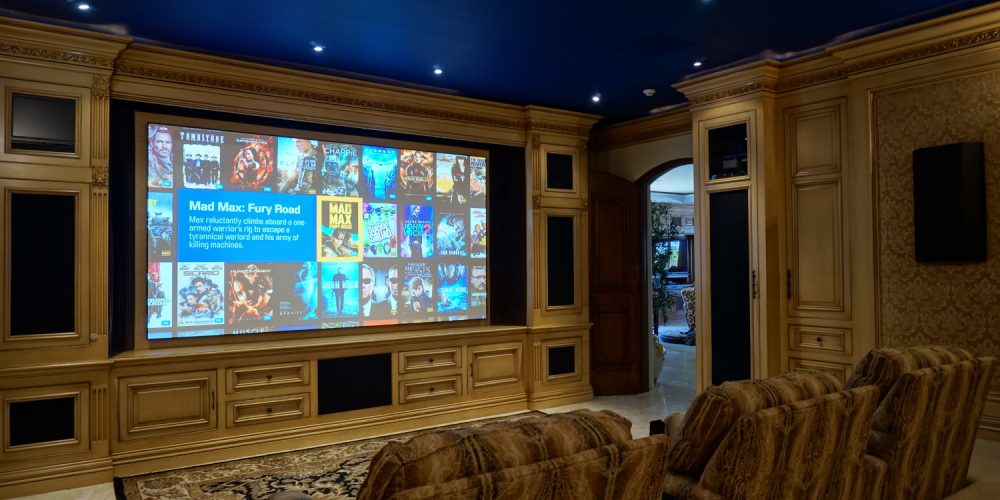 When a homeowner in Rancho Palos Verdes, Calif., hired Custom LA to replace the existing home theater in their 6,500-square-foot home, only the absolute pinnacle in audio and video equipment would do — calibrated to perfection to deliver a jaw-dropping experience. Of course, the world’s most advanced A/V components would be rendered useless if the homeowner wouldn’t be able to operate them with ease, so an intuitive control system was essential to include. Furthermore, control needed to be extended to smaller A/V systems located in two other areas of the home.

Related: How to make your sound system sound better

“For control, we specify RTI solutions for all our installations; they have the advanced features to handle projects of any complexity, and programming them couldn’t be easier,” says Mark Schafer, owner of Custom LA. “Furthermore, modules and additional processors can be added to easily extend control to different areas. That capability was especially important in this project, which required control in the home theater, family room, and master bedroom.” 4K Laser Projector: The Heart of the Home Theater

At the heart of the new home theater is a Sony VPL-VW5000ES 4K laser projector — projecting onto a Stewart Filmscreen LuminEsse screen — and a Datasat RS20i surround sound processor. The Sony projector was calibrated by a Dolby field applications engineer, Helmut Kaczmarek.Calibration of the surround processor was performed by Datasat’s Mike Skrzat, who has previously calibrated systems for the Oscars and numerous celebrities.

From RTI’s sleek T1-B+ handheld remote control the homeowner can initiate any home theater activity or shut down the system with the touch of a button. In addition, an Alexa Voice driver from myDevices gives them the ability to control the system without touching anything at all. With voice commands, the homeowner can simply walk into the theater and say “Alexa, turn on HBO” or “Alexa, turn on movie lighting.” Alexa can even be used to switch between the calibrated projector settings for 4K HDR content and HD SDR content. Furthermore, the T1-B+ has a companion mode, so when a voice control command is issued, the controller automatically syncs to the correct activity page. 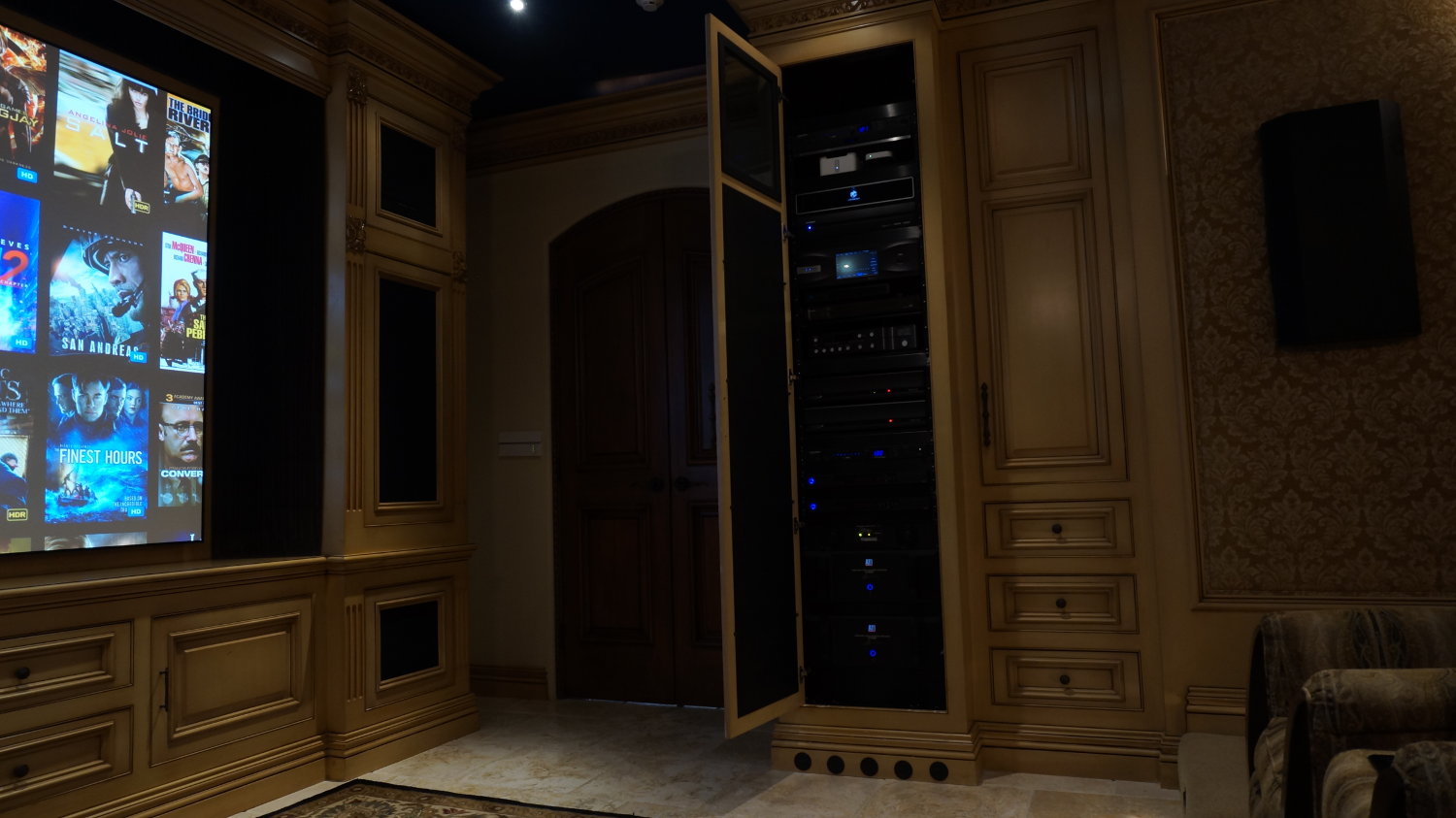 Extending A/V Control to the Family Room and Master Bedroom

In the home’s family room, Custom LA utilized RTI’s PCM-4 port control module to expand the capabilities of the XP-8s, providing IR and IP control over components including a Samsung 55” LED TV, Samsung UBD-K8500 UHD DVD player, Marantz SR5011 surround receiver, DIRECTV Genie Mini, and Apple TV. In the master bedroom, RTI’s XP-3 control processor is used to provide IR and IP control over a Samsung 49” LED TV, Sherwood surround receiver, and DIRECTV Genie Mini. In both spaces, the client interacts with the system using a T1-B+ handheld controller. In the future, voice control will be expanded to these rooms.

“When I went into the theater for the first time, just to experience the Dolby Atmos demo disc, I was completely blown away,” says Schafer. “It’s hard to explain how good sound can be when it’s coming through the right equipment, and it was amazing to see the projector — with its 5000 lumens and incredible color volume — playing 4K HDR content. The homeowner couldn’t be happier with their home theater and the ease of control they have over this sophisticated equipment, especially the Alexa voice control. It’s an amazing capability that we can’t wait to incorporate throughout the rest of the installation.”