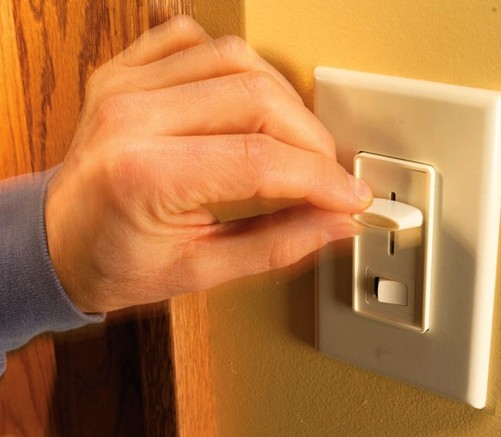 Among the many decisions you need to make when starting out on your first smart home automation project is choosing the wireless protocol you’ll implement in your house. Actually, most people choose a system, rather than the wireless protocol, and then need to shop around for devices that work with that system. Either way, there’s a a pretty good chance that your DIY smart home system will sport Z-Wave as one of its embedded wireless communications methods.

You can read a lot more about smart dimmers here.

What is Z-Wave? It’s an RF-based wireless signal used by home automation and lighting control systems to connect various smart devices around your house. It runs on the 908.42MHz frequency band, so it won’t experience interference from other things in your house such as your cordless phone or microwave. There are about 1,200 products on the market that use Z-Wave. Z-Wave products create what’s called a mesh network, which means that every Z-Wave devices in your house is a sort of signal repeater that together make a dense web of Z-Wave chatter. The more Z-Wave devices you have, the stronger and more reliable your network is. This is different from most Wi-Fi networks which are only point-to-point (such as router-to-iPad). Some of the other mesh networks for smart home systems include Zigbee, Insteon, ClearConnect, and Thread. Read more about those here.

The first Z-Wave product many people use for their smart home system is a wireless dimmer or wireless light switch (note, most still need to be “wired” to your home’s electrical system). A wireless Z-Wave light switch or dimmer system will allow you to control a whole house full of lights with the press of one button on an app or a remote.

While you don’t necessarily need a home automation hub (such as SmartThings, Vera or Lowe’s Iris), you probably should get one anyway, because a smart home hub will enable you to do a lot more with your system besides just turning some lights on and off.

There are a wide variety of Z-Wave wall switches and dimmers. Some only do very basic on/off functions; others include comprehensive keypad commands, and others are designed to allow for variable speed control of ceiling fans. One thing to keep in mind when selecting a Z-Wave dimmer is to ensure that it’s compatible with the kind of lighting load you plan to use—not all dimmers can work with LED lights, for instance. If you want to be sure your Z-Wave dimmer is future proof, select a phase-adaptive dimmer, which will work with anything.

Here are a few good examples of Z-Wave light switches and dimmers.

This GE switch, sold through SmartThings, is just a basic on/off model and will suffice for any room or lighting situation that doesn’t require dimming. This is an add-on Z-Wave light switch (and doesn’t include i’s own Z-Wave chip), which means you need to pair it with another GE Z-Wave switch. It allows you to control the light in one room from another room. You can also use your smartphone to control the lights from wherever you are. $18

This is much more than just a simple switch or dimmer. The GE Z-Wave keypad includes multiple rocker controls which can be assigned to different lights, allowing you to control multiple lights all from one keypad. It also acts as a secondary controller in a Z-Wave network. This one takes batteries, so you don’t need to wire it to your house. $45

You can easily find this Enerwave dimmer in the dark due to the small blue LED light embedded in the dimmer. This dimmer does require a neural wire. $39