Smart Lighting: Are you Ready to Add Color to Your House? - Electronic House ​​ 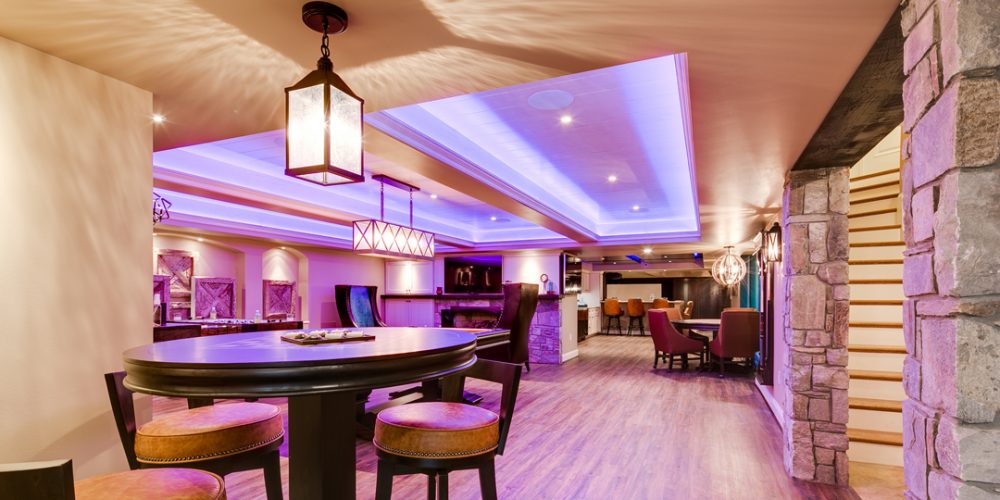 Smart lighting seems to have hit its stride in the consumer marketplace. A few years ago, you might be hard-pressed to find many households that had made the switch from incandescent to LED bulbs, much less household that had incorporated light bulbs with built-in smarts. But according to a new nationwide study, thee Sylvania Sockey Survey by LEDVANCE, 65 percent of consumers are now familiar with fixtures or bulbs that are Wi-Fi controllable for producing color, providing dimming capabilities, or evoking scenes or moods. 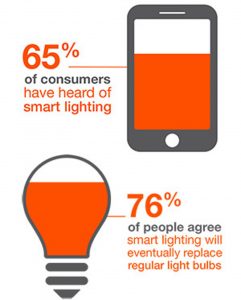 “The LED revolution is changing not only how we light buildings and homes, but what light can do for us overall. Lighting is more than just illumination. Now we have smart connected devices that not only save energy, but also can evoke emotions, make our lives easier, and ultimately help create a better quality of life,” said Jes Munk Hansen, CEO, LEDVANCE.

The survey also reveals an upswing of LED lighting adoption as it continues to gain popularity, with nearly 70 percent of Americans having purchased at least one LED bulb. Plus, 48 percent have purchased at least one LED bulb in the last 12 months, a 17 percent increase over last year. According to the survey, 38 percent of consumers have switched to LEDs since the phase-out of incandescent bulbs, making LEDs the number one replacement option for Americans. This is a 27 percent increase compared to last year.

This free report offers great ideas and tips on using lighting control in every room to transform your home and lifestyle. Download this guide today.

Get the Free Guide

Additional findings of the 2016 SYLVANIA Socket Survey include:

Those more likely to purchase smart lighting include Americans who: