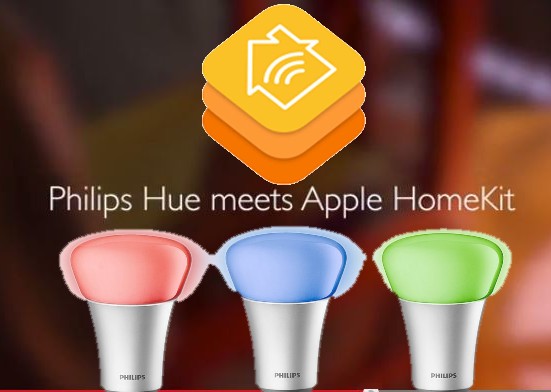 Philips Hue is the most attention-getting, and probably the most popular, smart lighting product on the market. Philips Hue lights change color (well, most of them) and can be controlled with the Hue app and lots of other apps, and can also be integrated into DIY and professionally installed smart home automation systems. Today the company confirmed that the Philips Hue system will be made compatible with Apple’s popular (though not even yet available) Homekit smart home framework.

Well, technically what Hue said is that all existing Philips Hue light sources will be made Homekit compatible. What that means isn’t exactly clear (why be so cagey, Hue?). Because Homekit does have some specific hardware requirements, I assume this means that a new Hue gateway will be launched which will work with existing Hue bulbs. That’s probably the best scenario we can hope for.

What, a software download won’t do it? Nope, that’s not likely, unless Hue was prescient when it designed the original gateway, which ships with the $200 Philips Hue starter kit.

MORE: Cool Things You Can Do With Philips Hue Lights

Philips promised to release more details about the Homekit upgrade in September. Yes, we have to wait until September. If the solution is a new gateway, let’s hope it’s not more than $50.

The company added a link to a video, which doesn’t tell us anything else, but here it is if you want to enjoy it.

What will a Homekit Philips Hue system do that you can’t already do with Hue? In short, Homekit lets you link together individual smart home devices to make a whole system. The more integrated your devices, the more you’ll get out of them. For instance, if you have a some Hue lights and a Homekit-compatible smart lock, you could create a scene (or recipe, as some people call them) that would lock the door and turn out the lights at the same time. The other major benefit is that Homekit allows you to control your devices via Apple’s Siri voice control feature. Just tell your phone to “turn Hue lights to red,” and your room will be washed in red.

To read more about Apple Homekit and some of the compatible devices, go here. To see how Homekit stacks up against the new Google Brillo initiative read this, and to learn about some less expensive alternatives to Hue, go here.