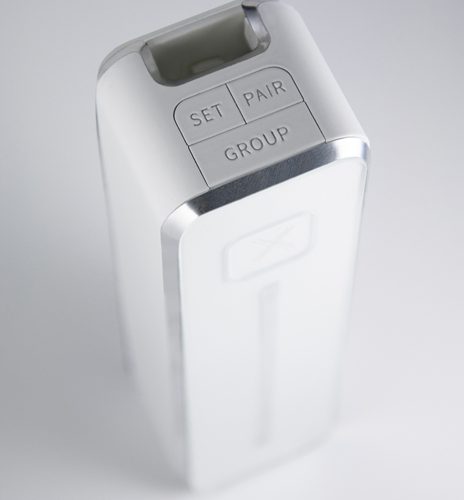 We talk about motorized window shades a lot at Electronic House. That’s because we can’t stress enough how cool and convenient this option can be.

The company just announced plans to launch Axis Gear, a product that can turn any shades into motorized window shades. Promising a super-easy installation process, Gear can connect: to almost any new and/or: existing shades, which can then be controlled using a smartphone.

The Gear has: a solar-powered, wireless motor, so you don’t have to worry about cords and batteries. And installation is insanely easy, since it just attaches to the chain or cord of your existing shades. Besides the app, Gear: offers controls right on the device, but what fun is that? Users can even create schedules to open and close shades at pre-determined times.

Axis has also incorporated sensors and “intelligent scheduling,” so the shades will open and close during the hottest periods of the day. The company is also planning to integrate the Gear with third-party connected devices in the coming months.

“DIY has long been associated with our parents’ world of buy-and-build, complicated installation manuals and power tools,” says Alan Cheng, chief design officer at Axis. “We’re redefining DIY for a generation of tech-savvy consumers who love great design and functionality, but are not necessarily handy.”

Axis is currently seeking funding for Axis Gear on Indiegogo. The company has already passed its $100,000 goal, but the campaign still has a few days left if you want to contribute. Axis has listed $95 as an early-bird price (which is $100 off the expected retail). If all goes well with the production, Axis Gear units are expected to be ship out sometime in late 2016.