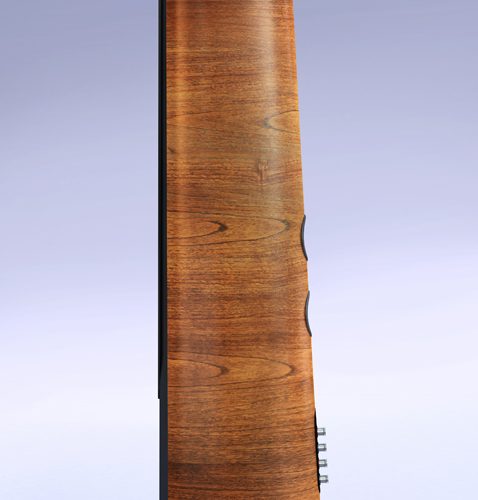 While many home theaters hide speakers in walls and behind screens, sometimes, you want want your home theater speakers to look as good as they sound. It’s hard to imagine big, boxy speakers looking that good. That’s probably why Thiel Audio is putting a little something extra into the appearance of the new T1 Loudspeaker.

This three-way floorstanding loudspeaker has a slick finish and a slightly curved shape. The company says that the goal here was “neutrality—to faithfully reproduce your favorite music or movie soundtracks without unwanted colorations.”

However, those side panels aren’t just pretty; they were designed to deliver excellent sound. That’s aided by the T1’s four-driver array and multi-order crossover network inside the heavily braced, vented MDF enclosure. Other features include a rigid baffle construction and midrange mounting architecture with a focus on back-wave optimization.

The new home theater speaker is part of the company’s new 3rd Avenue Collection. That lineup will feature speakers for both traditional 2-channel systems, as well as home theater setups.

Thiel Audio plans to debut the T1 Loudspeaker next month at CES 2015 in Las Vegas. It will then start selling in the first quarter of 2015, priced at $5,798 per pair. The set will be available in rosewood and walnut veneers, as well as black and white gloss finishes.