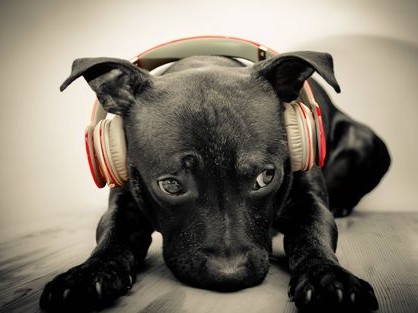 In a poll of 2,000 consumers in the U.S., the U.K., China, Japan and Germany, CSR’s “State of Play” study revealed several interesting facts about why people listen to music and what their expectations are from their audio systems.

Highlighting some of the study’s findings: 82 percent of those surveyed rate excellent sound quality as one of the most important features in a home audio system. 79 percent stated that sound quality is more important than the appearance of audio components. The study also found that people desire CD quality sound throughout their homes, and the study confirmed a trend that has been developing and documented by several research companies that consumers prefer easily accessible streaming media.

“Consumers have demonstrated that they view their sound systems and equipment as something worth investing in, but they increasingly have less patience for poor sound quality, difficult setup procedures, multiple remotes and devices that aren’t interoperable with the equipment they already have,” notes Anthony Murray, senior vice president, business group, CSR. “When it comes to the home audio experience, music lovers have high expectations and the opportunity for manufacturers to deliver on this demand is evident.”

CSR’s research also found that two thirds of those polled listened to music for entertainment, while 57 percent listened to cheer themselves up. Another 56 percent said they listened to music to calm themselves. 70 percent stated that they are willing to pay more money to get excellent sound quality from their audio equipment, particularly with a home audio system.

The study did not address what impacts sound quality or what qualities people listen for in their music.

CSR points out the information the study discovered validates that music is still a high priority for many consumers.

“Music is hugely important to consumers and a way many of us make a personal statement, manage our emotions and deal with the daily grind,” adds Murray. “The desire for quality sound, particularly in the home is not surprising, but the fact that consumers are seeking more from their existing home audio equipment is. While people historically liked to show off the look of their speakers, today they value sound. The fast pace of technology innovation is a key driver for this because as technology has matured, consumer tolerance for anything less than superior clarity has diminished.”

Other interesting findings from the study include:

– 65 percent of those polled said they could tell the difference between $471 and $47 headphones based on the sound quality of the respective products
– 76 percent said home audio technologies must be easy to use, and another 57 percent said the products must be upgradeable
– 76 percent say that having the ability to control their audio products from their smart devices would make their lives easier
– 62 percent said that in five years everyone will be streaming music from the Internet and CDs, vinyl and low-resolution audio files will be obsolete