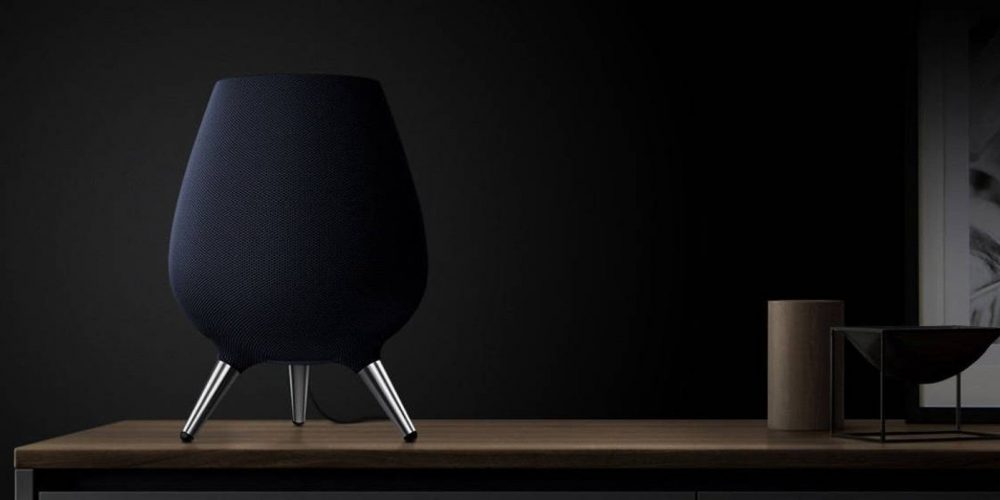 If you have been looking for a new kind of smart speaker to carry out your voice commands, Samsung has recently entered the ring. Its newly unveiled Galaxy Home, is a Bixby-supported smart speaker voice control product powered by Harman AKG technology, and features a unique design.

The Galaxy Home sports a totally different look from any other smart speaker on the market when compared to Amazon Alexa, Google Assistant and Apple HomePod. The larger unit sits on a three-legged tripod and kind of looks like an urn or a vase, but is covered in black cloth.

It has a subwoofer, six drivers encircling the unit and eight microphones to pick up voice commands for Bixby. The unit incorporates what Samsung calls SoundSteer technology which allows Bixby to direct the sound towards the open part of the room versus against the wall, if the unit is placed near a wall.

The unveiling took place at Samsung’s “Galaxy Unpacked” event which was primarily focused on the new Galaxy Note 9 smartphone.

“Just say, ‘Hi Bixby. SoundSteer’ and the music is directed right at you.”

A Samsung executive noted: “With Harman’s Natural Sound Processing, you get a realistic surround sound experience that feels like you are right in the middle of a live concert. It detects your location and optimizes the sound based on where you are in the room. Just say, ‘Hi Bixby. SoundSteer’ and the music is directed right at you.”

Samsung has also partnered with Spotify and will have “deeply integrated Spotify experiences on Samsung devices” according to Spotify. The Galaxy Home will permit users to switch between devices, such as the Galaxy Home and a Samsung TV, or another Galaxy Home.

There is no word if a companion smaller footprint device is in the works. Full specs and pricing are not yet available.