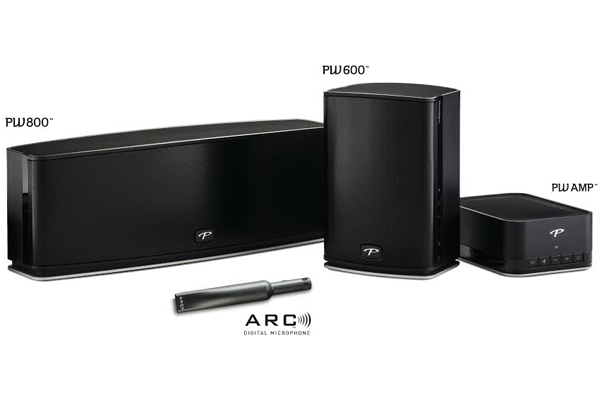 We’ve seen a slew of wireless speakers lately. Some connect via WiFi or Bluetooth, while others use AirPlay. The hook on wireless speakers with DTS Play-Fi technology is that they can deliver whole-house audio using speakers from different manufacturers.

That said, you shouldn’t have to mix and match with Paradigm’s Premium Wireless Series. The company is kicking off the lineup with a pair of wireless speakers and a wireless amp. Each one features DTS Play-Fi, so you can stream high-resolution music wirelessly (up to 24-bit/192kHz) over WiFi to any compatible speakers in the house.

Besides being able to stream stored music and services, such as Tidal, Spotify, Rdio, Songza, and Pandora, each Premium Wireless Series product features Anthem Room Correction (ARC) technology. This little perk uses DSP algorithms to tweak the speaker performance based on your specific room.

And finally, the PW AMP is a wireless Class-D amplifer, which can stream high-res audio to existing traditional loudspeakers or in-wall/in-ceiling speakers, regardless of the brand. Boasting 2 x 200-watts dynamic peak power (or 2 x 100W RMS into 4 ohms), the unit includes RCA analog inputs, an Ethernet jack, a USB port, and left/right speaker terminals.

Each product can also be integrated into your existing control system—with a little help from Fusion Research’s Ovation Play-Fi server. It works major automation systems, with two-way drivers for Control4, RTI, URC and Crestron.