How to Hide a Soundbar: Put it in the Ceiling - Electronic House ​​
Audio News and Information 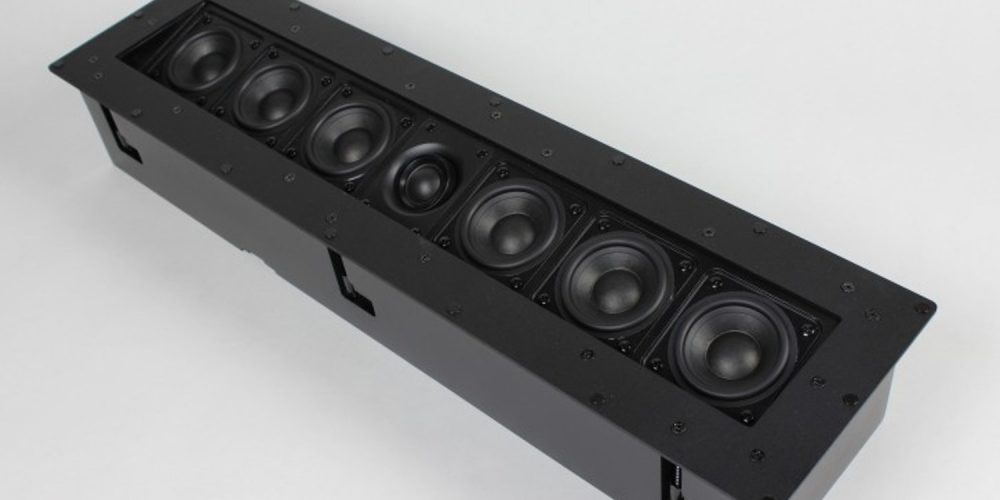 Look, up in the sky (or in this case, the ceiling)… it’s a bird, it’s a plane, no, it’s a… soundbar? Jeff Francisco, president and CEO of The DaVinci Group, Inc. (TDG) might not be Superman, but he can lay claim to inventing an entirely new product category: the in-ceiling soundbar.

TDG’s full $1,000 Skybar system uses three boxes – one Skybar LCR and two Skybar Satellites – to implement a full seven-channel surround sound system in a 6- x 25¼- x 3¾-inch enclosure. The Skybar LCR is versatile, so it can be also put in-wall or in a soffit if needed.

Inside the Skybar LCR are six 3-inch heavy duty, full-range drivers – two for the left channel, two for the right channel, and two full-range, along with a single 1-inch pivoting dome tweeter for the center channel. The drivers are mounted on an angled baffle board and the tweeter pivots allowing the sound wave to be directed downward towards the audience in an in-ceiling mount configuration, or left/right towards the audience in the case of an in-wall mounting situation. 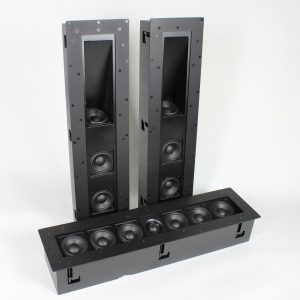 The Skybar LCR can be configured as either a complete left/right/center setup – or in the alternative, the entire unit can operate as one channel depending on the system configuration. In this way, more Skybar LCRs can be added for the other channels in a situation where the listening area is extremely large, for example.

The Skybar Satellite features two front firing 3-inch side or surround speakers, and a third 3-inch reflecting speaker. The reflecting speaker is mounted such that it fires into an angled channel to direct the waveform either towards a wall or ceiling for more diffuse rear or height sounds.

In most situations, the Skybar LCR and the Skybar Satellites will be set up in a U-shaped configuration, with the LCR at the front of the theater and the Satellites perpendicular to the front speaker in the ceiling towards the back and on either side of the room.