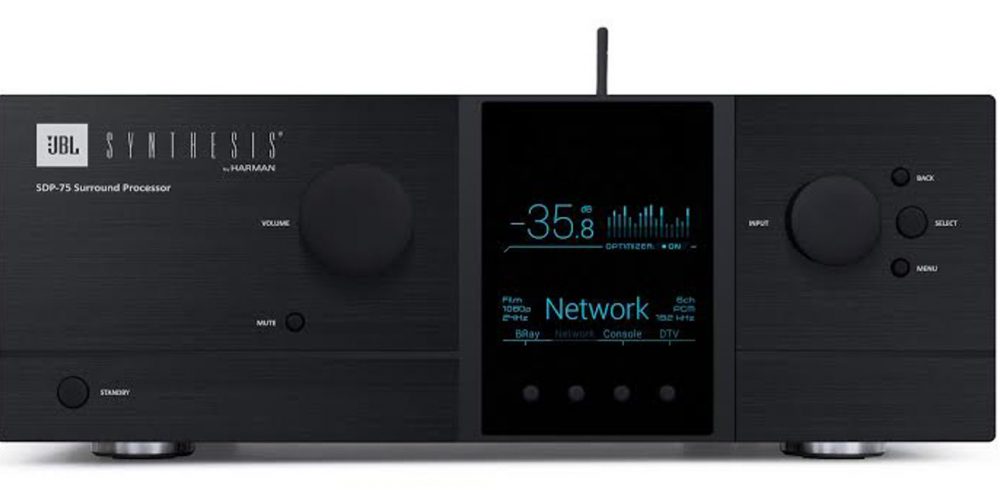 Almost no one has done more to educate the electronics industry on the importance of room acoustics than Harman’s Floyd Toole. Leveraging the knowledge base that Toole has provided the custom installation industry, Harman’s JBL Synthesis brand has announced that it has added several new features to its SDP-75 Surround Processor, including Trinnov’s Optimizer engine room equalization suite.

JBL says it plans to provide loudspeaker anechoic EQ and a new HDMI board that will pass all of the commercially available 4K consumer video formats without signal degradation.

This advancement provides greater system flexibility through multiple EQ presets and loudspeaker configurations, eliminates unnecessary A-D and D-A converters, and can cost significantly less than systems using external SDEC equalizer hardware, depending on the channel count. The Optimizer engine is now included in all SDP-75 variants as a standard feature.

Customers who purchased an SDP-75 with one or more SDEC equalizers may wish to convert to the Optimizer engine. In those instances, JBL is providing the internal Optimizer engine at no charge. Interested customers should contact their JBL Synthesis or Revel dealer for full details.

Other options now available include the ability to expand channel counts levels to configurations such as 24 and 32 channels. The channel expansion options become more important when utilizing multiple subwoofers or bi-amplified speaker configurations, according to the company.

A little further down the horizon, JBL Synthesis says that it is working on new HDMI video boards that will support HDMI 2.0b, including HDR and formats such as HDR10 and Dolby Vision, as well as  HDCP 2.2, 6G/600MHz video with seven inputs and two outputs. JBL Synthesis points out the current versions of the SDP-75 can pass Ultra HD 4K video via input one and output two, and with a separate breakout box, dealers can provide full Ultra HD 4K performance without any limitations.