As a custom electronics pro, I’ve tested, installed and designed just about every possible configuration of outdoor entertainment. Sonance’s new Sonarray SR1 outdoor speaker system stood out right from the packaging and continued to impress throughout their installation.

Included in the box were eight satellite speakers mimicking outdoor landscape lights and an in-ground subwoofer. I like how Sonance took most of the guesswork away by boxing a complete solution that, if wired to the specs, would deliver great spread-out coverage while maintaining wattage and impedance levels that are the norm for an outdoor audio solution.

Sonance pushed this concept further by incorporating the subwoofer crossover inside the actual sub, also eliminating the need of a separate subwoofer amp. An all-in-one outdoor solution in a single box is something I hadn’t seen, but had always wanted.

Designing an outdoor audio system has never been this easy for me, and I’ve installed just about everything. Sonarray comes with detailed instructions on how to install the system based on distance between speakers and alternating from right to left “with distance” to create and all-inclusive stereo experience. I was able to alternate between right and left and center my sub for a linear distance of 48 feet of even coverage and no dead spots over my outdoor entertainment space.

Installation was simple, except for the part where I had to dig a hole. Included with the Sonarray system are outdoor-rated wire nuts that filled with outdoor-rated waterproofing silicone. Following the simple directions, I was able to run a single line of 14/4 outdoor-rated speaker wire and stop at each speaker to connect them.

In the recommended wiring specs I just had to strip the wire, take the channel where I was in the alternating pattern, and wire the speakers in parallel. Commonly known as “daisy chaining,” this allows you to simply tie all the positives and negatives for each channel together at their respective wire leads. Each of the satellites has an impedance of 30 ohms. Connect four of them together in parallel and you have a 7.5-ohm load—easy! 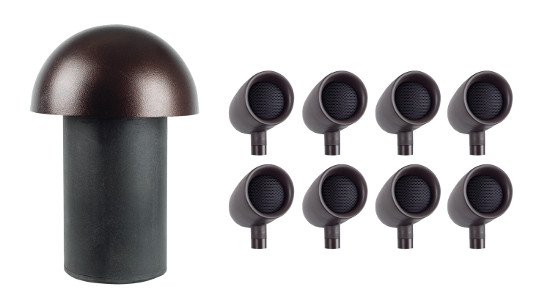 You can put the subwoofer in at any point, as it takes both the right and left channels. This is nice because it doesn’t interfere with the rest of the satellite speakers in the chain, because the crossover happens in the sub’s circuitry and not in the wiring chain. I’ll add that Sonance recommends the sub be placed near the center of the speaker pattern to evenly disperse the bottom end.

Additionally, those of you with an extra zone on an audio distribution amplifier or surround receiver are in luck. I also tested the Sonarray setup using the Zone 2 of a Sony 5800ES receiver with stellar results. This solution can easily be added to an existing audio system with an extra audio zone.

It isn’t often now that I can add a new piece of equipment to my system and wow my friends and family. During the installation, my brother-in-law Chad was a big help in assisting but he kept looking at me with some skepticism about what the results might bring. However, once we connected the Sonarrays to the recommended Sonance 275 SE amplifier and powered on the system his grin said it all. As more people showed up, and I invited some neighbors over to listen, everyone was impressed at not only the coverage of the sound but also its clarity, especially for an outdoor setup.

My neighbors provided the best testimonial, because even though the music was turned up pretty loud they said it wasn’t a disturbance or really noticeable in their yards. That’s because of the directional nature of the speakers, which I faced away from them and toward my house and yard, as opposed to my old setup—which is much more common for outdoor installations—where the speakers were mounted to my house facing out. 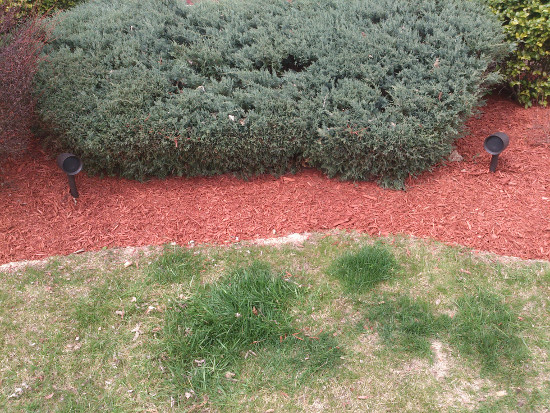 As for the sound quality, being a little bit of an audio snob I will say that I’ve attempted many times with many invested hours just to come up short with what Sonarray accomplished. It was like surround sound for my property. The voices and instruments were as clear as if I were listening to quality speakers inside the house. The lows were more of what I would expect from a 2.1-channel system run off a surround receiver with a powered sub, yet this is all from a single run of 14/4 wire.

I often look for products that deliver the “most bang for your buck,” and I’ll certainly be recommending the Sonarray system for outdoor entertainment. You and your friends can spend hours outside listening to it—and your neighbors don’t have to.

Cons
In the current configuration, Sonarray may not apply to all outdoor applications in a retrofit due to the need to bury, post, trench wire
The method of leveling the ohm rating to 8 by using all speakers in the set is smart, but creates scenario where for the ohm load to be correct you are forced to use all eight speakers and sub—you can’t “go smaller” and only use six while maintaining ohm load
The price may be out of the reach of the masses.

You might also like:
How Epic Automation Tames 42,000 Square Feet
Entertainment and Automation Add to Awesome Backyard
Smart Technologies Create a Serene Environment