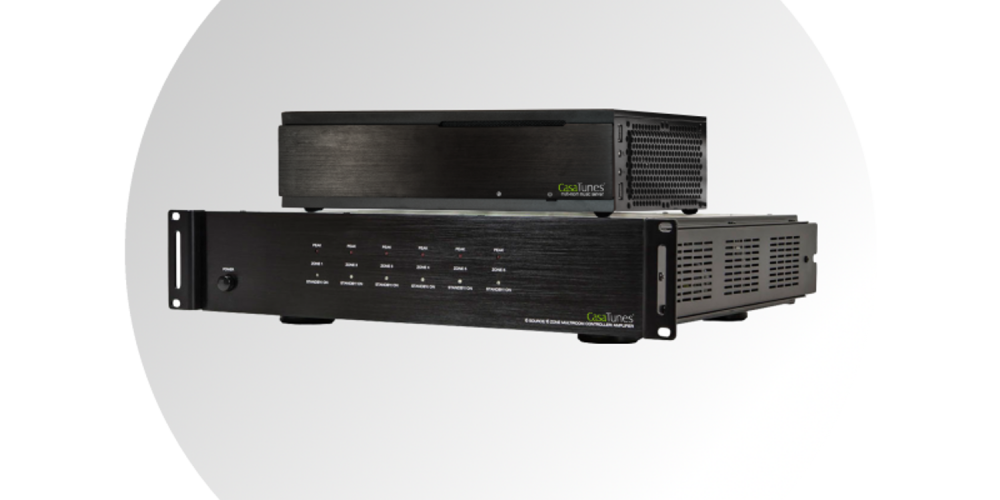 The musicBox 6 system, which CasaTunes introduced in December 2016, now comes with a Configurator Tool that lets you design and customize your own system. As a cloud-based service, the Configurator Tool allows users to create, save, and review the project at any time. As you craft the design of your musicBox 6 system, the Configuration Tool automatically displays the appropriate musicBox 6 server along with any other components. The detailed report includes a quote and a link to order the system based on your specifications.

Once your customized musicBox system arrives, you follow the included step-by-step instructions on how to wire up the system. After the wiring of the system is complete, the Configurator Tool prompts you to power up the equipment and press a button to upload the project configuration to the system. Then, it’s a simple matter of downloading the latest native CasaTunes Apps for Android and iOS to control the musicBox 6.

Each musicBox 6 system comes with a four-stream CasaTunes music server, a six-room amplifier, six keypads, and an IR remote. The system automatically discovers the music in your home, like tunes stored on other media servers, Internet music services, and any app on one or more iPhone, iPad, and iPod touch devices.