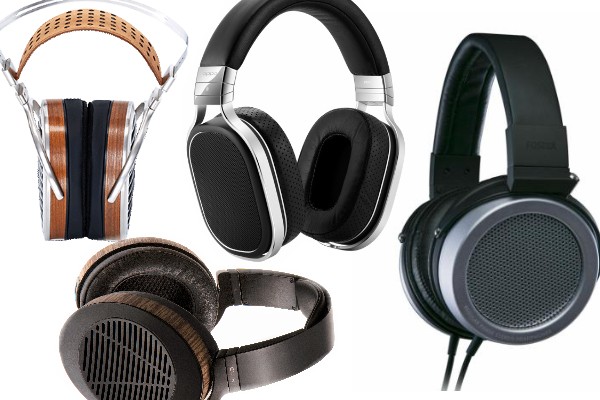 Let me know if this describes you.

You’ve worked very hard and bought yourself a toy – a room in your home into which no one is allowed, not the wife and certainly not the kids. This room was designed for audiophile listening by an acoustic engineer so you could hear angels dancing on the heads of pins, or at least aurally identify the fourth violin. This room’s inner surfaces are strategically slathered with foam baffles, cork acoustic panels, corner pillows and/or egg cartons. Arrayed on oak cabinets, or maybe just the floor, are shiny, massive and price high-end tube pre-amps, amplifiers, a turntable and an audiophile Ultra HD, SACD and DVD-A-compatible audiophile disc player, all interconnected with audiophile analog cabling and then connected via 10-gauge speaker wire (and you understand this) connected to a pair of speakers that cost you about as much as a semester at an Ivy League school (which is why you convinced your prodigy to attend a local state school). And because your six-year-old once got in there and glued her tiny tea set to your turntable platter in an attempt to recreate the Mad Tea Party ride at Disneyland for her Barbie dolls, you installed a Medico lock on the door.

The only problem is, your wife and kids complain you always turn your pricy system up to a wall-cracking 11, and the dog hides under the bed whenever it hears the cannons from the “1812 Overture” (the 1978 Telic recording of the Cincinnati Symphony Orchestra conducted by Eric Kennel, of course).

So what you need is a pair of audiophile headphones that do justice to your aural obsession, and these days that means planar magnetic headphones.

According to a white paper of planar technology from Wisdom Audio, which manufacturers a proprietary planar magnetic solution, “[w]hen implemented properly, you can think of [magnetic planar] either as particularly robust ribbons, or as easy-to-drive electrostatics with a lot more dynamic range. Or perhaps both.”

“The core distinction between a ribbon and a planar magnetic is the diaphragm material,” the Wisdom Audio white paper explains. “[I]n a true ribbon speaker, the conductor is the diaphragm, whereas in a planar magnetic speaker, the conductor is intimately attached to a lightweight but far more rugged diaphragm material that is similar to that used in ESL speakers. Think back to the description of an electrostatic loudspeaker: a thin film diaphragm was stretched on a rigid frame, and sandwiched between electrically-charged panels. In the case of a planar magnetic speaker, the thin film is sandwiched between arrays of bar magnets instead, and the ‘voice coil’ is unwound and spread across the thin film, much as your rear window defogger in your car runs back and forth through the glass. By connecting the amplifier to this conductor attached to the thin film, current flows, and a changing magnetic field is created that interacts with the bar magnets, causing the diaphragm to move.”

Even mid-fi ears will be able to tell the difference between planar magnetic phones and even the best traditional driver phones. There’s simply more THERE there, especially when listening to audiophile recordings through a properly spec’d system, what audiophiles call “presence.”

Really, you say? Three grand for a pair of audiophile headphones? Considering how much more finicky your ears are with sound delivered so intimately, theoretically your phones should demand more of an investment than your speakers. And considering how insanely revolutionary these phones sound, you may decide to sell the speakers that annoy the family and are cracking the walls. Inside the extra-large and soft earcups of these yet-to-be-released HiFiMan HE-1000 (probably sometime in May) is a one nanometer-thin (that’s .000001 of a millimeter) veil of planar that literally floats in the air; such a thin diaphragm almost guarantees instantaneous response. I got a demo of these open phones last month and, when I closed my eyes, was instantly transported to seventh row center of Carnegie Hall. Cricky. But don’t take my mid-fi word for it; audiophiles such as my buddy Steve Guttenberg are positively orgasmic about the HE-1000, as are many others here, here and here. HiFiMan is letting a lucky number of platinum ear types beta test the HE-1000. Check out HiFiMan’s HE-1000 beta opportunity here. $3,000

Oppo boasts that the planar magnetic drivers in its its PM-1 audiophile headphones offer superior “phase coherency since all parts of the diaphragm are vibrating in concert without break up and delayed resonance.” Oppo adds a lot of other tech-speak gobbledygook to describe why the PM-1 are the shit, but the bottom line is that Oppo believes these planar magnetic can get along quite well without a dedicated headphone amp, which, ironically, Oppo makes. From a comfort POV, you can easily swap the lambskin leather earpads for a set of less sweaty velour – both are included. The PM-1 also includes two cables, a three-meter cord terminated with a quarter-inch jack and a shorter – maybe too short – one-meter cord with a 3.5mm plug for mobile listening – no adapter needed. That second cord is evidence that Oppo believes these phones require no extra amplification assistance. But critics say results with a headphone amp will make it obvious why these Oppo PM-1 are worth their price. $1,099

The “RP” in the model number of these open-back Fostex TH500RP headphones stands for “regular phase,” the company’s depiction of its planar magnetic diaphragm technology. Fostex’ planar magnetic recipe “consists of etched copper foil on the surface with high heat resistant polyimide film as the base material.” Okay then. While not as stylish as the over-sized HE-1000, the TH500RP are equipped with a “high specific gravity resin baffle plate” for rich midtowns and no-resonance bass, its aluminum-magnesium construction results in a super-light 380 gram package, one of the lightest planar magnetic phones out there, and the leather earpad provides a soft, comfortable fit. Until the HE-1000, critics considered this flagship Fostex the top of the audiophile phone pyramid, delivering dynamic yet sweet soulful tonal balance and full bodied balance, making digital recordings sound like analog – the ultimate audio compliment. $699.99 (Available on Amazon)

These newly available stylishly wood-veneer accented Audeze EL-8 audiophile headphones could be the planar magnetic bargain of the year, considering the company’s flag planar magnetic phones, the LCD-3, are priced at $1,945. A new departure for Audeze and its LCD-series house-sound line, the EL-8 boast a new patent-pending “Fluxor magnetic structure” and other new technologies to “redirect the unused portion of the magnetic flux back towards the diaphragm,” designed to reduce distortion and, of course, improve sound. According to Audeze, these arrangements nearly double the headphone’s power by halving the number of necessary magnets found in its LCD series. As a result, EL-8’s sound is more wide-open, aimed at those with wider musical tastes and who may not want to invest in a separate headphone amp and just jack them into their iPhone. If you do want to use them outside your Medeco-protected aural man cave, you may want to opt for the EL-8 closed-back alternative. $699

If this selection seems a bit excessive for your budget, try these great 4 headphones for under $150.