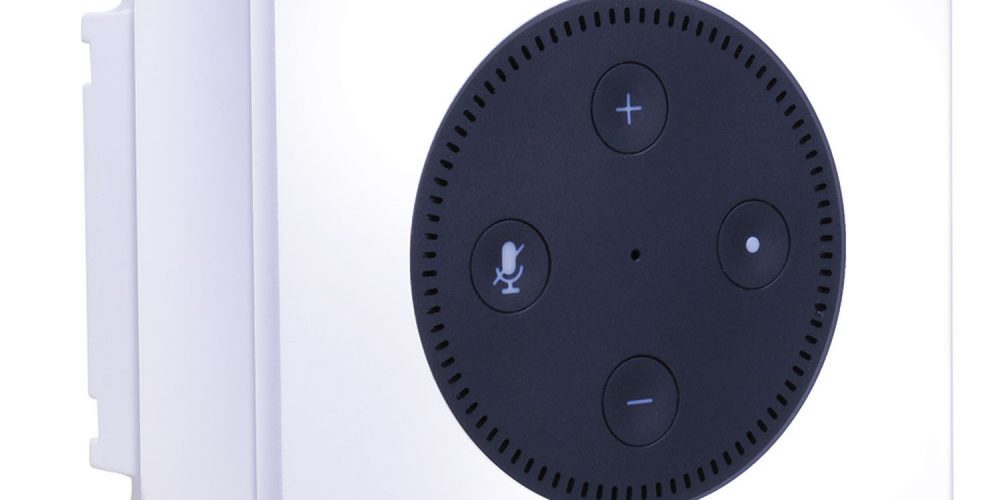 Voice assistants like Amazon Alexa and Google Home started off as a standalone solutions. Integrated into smart speakers, they listened for your verbal commands and responded by broadcasting music, information, and relaying signals to compatible smart devices. They’ve become a must-have device for many homeowners. In fact, a report from Juniper Research states that voice assistant devices like the Amazon Echo, Google Home and Sonos One will be installed in a majority – that is, 55 percent – of U.S. households by the year 2022.

As with any popular home technology, new iterations of the original are bound to pop up. Vanco International, for example, has developed that combines an audio amplifier and an Amazon Echo Dot into a single housing that mounts flush into a wall. The Spot for Dot powers speakers and connects to existing distributed audio systems. Engineered to hold an Amazon Echo Dot, and when paired with speakers, Spot for Dot can add voice control of smart devices, scenes, and other functionality to as multiple zones of audio without the need to run wires back to a central location.

The Spot for Dot is installed behind a wall plate that is no bigger than a double gang outlet, raising minimal visual conflict with a home’s interior design. When connected to an Amazon Echo Dot, Spot for Dot adds a concealed voice control option to any space. Vanco claims that the vertical in-wall design improves the pick-up and responsiveness of the microphone in an Amazon Echo Dot, rather than being placed horizontally and freestanding on a table or shelf. 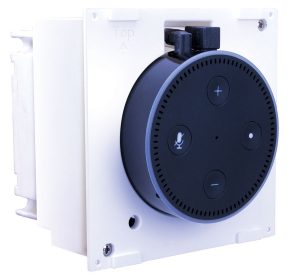 Unlike traditional distributed audio systems that are restricted to a set number of zones, Spot for Dot provides the flexibility to add one zone at a time without limitations, all at a significantly lower cost because of its ability to be connected to existing electrical wiring in the home.

The Spot for Dot amplifier is compatible with most speakers, improving sound quality significantly over traditional smart speakers. Spot for Dot offers high-quality stereo sound for two speakers or the option to bridge up to four speakers.

“Our talented team has developed a game-changing solution for installers looking to add high-quality audio and voice control to distributed audio systems without the normal hassles associated with an install,” says Mark Corbin, president of Vanco International. “With the continued popularity of voice control in AV installations, we are confident Spot for Dot will be a success in both the commercial and residential markets.”

Vanco International’s Spot for Dot will be available later this year from professional home systems integrators.