Active Speakers vs Passive Speakers: Which to Use? - Electronic House ​​
Audio News and Information 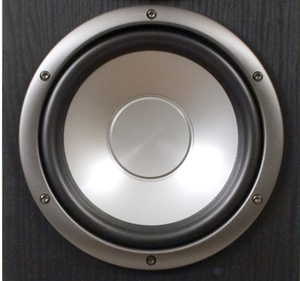 Audiophiles understand the importance of speakers in a home entertainment set-up. This is arguably the most important decision made when purchasing and assembling the audio components for the system. It is certainly one of the first features shown off when fellow audiophiles drop in for some aural sampling.

When selecting speakers, consumers may find themselves confronted with the option of active speakers vs passive speakers, powered speakers, or some combination. To make life more difficult, not all vendors and experts agree on the usage of those terms. We’ve attempted to clear up the confusion and spell out some of the strengths and weaknesses.

The terms passive, active, powered, and unpowered are often confused and used incorrectly, or at least interchangeably. The confusion lies in what, specifically, is being addressed with regards to the speaker. When used, these terms are either in reference to speaker amplification or speaker crossover. Hence, active is sometimes used interchangeably with powered, and passive with unpowered. Here’s a quick breakdown:

Where active speakers electrical crossover components and powered amplifiers for each driver, these speakers are, themselves, “powered.” This is why active and powered are often used synonymously. So, when a speaker is referred to as an active speaker, it is nearly always referring to the crossover components, which by definition require amplifiers for each band, and separate power.

Incidentally, active speakers suitable for home entertainment and home theater solutions most commonly house the active crossover components and amplifiers within the speaker enclosure, but this is not always necessarily the case. In larger home theater settings, the crossover components and amps can be outside of the speaker. With an active speaker system, one will often see “active speaker” with “bi-amp” or “tri-amp” scenario, referring to active crossover and two or three separate amplifiers for the separate drivers.

Bart LoPiccolo, National Sales Manager for Genelec, Inc., takes the definition of active a few steps further, explaining that Genelec’s speakers are active because, “they have active electronic crossovers before the amps, they have dedicated amps for each driver, each channel has protection, and there are room response controls per driver.” Active speaker proponents like LoPiccolo believe that an active speaker system has certain advantages over a passive system due to the fact that the crossover components, amps, drivers, and speaker enclosures are all manufactured with one another in mind.

In contrast to the active speaker, passive speakers feature:

It is important to understand that a consumer integrating a passive speaker system into a home theater or home entertainment solution might be assembling the various components by piecemeal. In this manner, the consumer is left with the task of matching an amplifier for the particular passive speakers selected, or vice versa. This is both an advantage and a disadvantage to a passive speaker scenario. One has the freedom to upgrade the amplifier, or swap it out at any time, where in an active speaker scenario the amps are part of the speaker package. What you hear is what you get, generally speaking. But, the manufacturers of amplifiers don’t know what speaker system will be matched with their product, which is why amplifiers are “over-built” to accommodate a wide range of speakers, a move that results in more expensive and more power consuming amps.

“Powered speakers can cut costs, and reduce clutter,” says Logan Pabor, Distribution Manager at Audioengine, a powered speaker manufacturer. The built-in amplifier feature of a powered speaker solution enables wireless speaker scenarios, and eliminates the needs for additional, expensive components. “Set-up is much easier, and there are no external components,” adds Logan.

It would be inviting widespread criticism from all sides to claim one technology as superior over another in the active vs passive speaker vs powered or unpowered speaker debate. Certainly there are pros and cons to each system, and ways of perfecting (as nearly as possible) one system to “match” the performance of another. As with most such debates, the comments from those with experience are often as informative as the facts themselves.