Four Favorites for the Best Headphones Under $150 - Electronic House ​​ 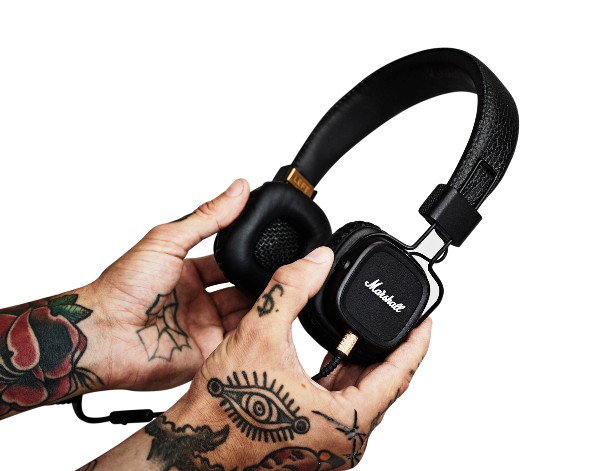 Some folks don’t like to stick stuff in their ears. You know who you are. So identifying great sub-$100 earbuds doesn’t do you much good. What you need are a good pair of comparably inexpensive on- or over-ear headphones that are convenient to carry and to wear. Just be advised that it’s easier to find a quality-sounding sub-$100 in-ear than a sub-$150 on- or over-ear headphone.

As a pre-condition to consider what I think makes a good, inexpensive on/over-ear headphone is the inclusion of in-line music controls, since I’m assuming you’ll be using these more on the go than critical listening at home.

Unfortunately, these parameters eliminate what may be the best-sounding sub-$150 phone available, the folding Sony MDR-7506 studio monitors, which lack in-line mic/control. And additionally unfortunately, a prime candidate for this title, the Beyerdynamic Custom Street ($149.99), aren’t due until April. It’s also worth noting that none of these are noise-cancelling headphones. If noise cancelling is something you need, you’ll probably have to spend a little more. If you can’t wait, here are four other sub-$150 candidates.

That familiar script Marshall logo emblazoned on the square black ear cups of these on-ear phones look just like the company’s signature stage amps. But these earphones aren’t made by Marshall; they’re produced under license by a Swedish outfit called Zound Industries, who have done the brand unexpectedly and surprisingly proud. These soft, snug and foldable Marshall Major II on-ears produce flat, full and warm clear highs and mid-ranges without excess coloration but with modern urban boomy bass. Ergonomically, the MMII offers two advantages over its rivals: you can plug the single connecting cable into either ear cup, and the right-angled 3.5mm jack is metal-jacketed to ensure longevity. Unfortunately, the MMII include only in-line mic and pause control, no volume. $120 (Available on Amazon)

To be honest, these plastic phones from one of the most venerable audio firms in the world didn’t inspire much confidence during unboxing – the word “cheap” was my first handling impression. But looks and feel can be deceiving. These un-presupposing and awkwardly-named Audio-Technica ATH-WS55iBK deliver among the best overall balanced sound I heard in their price range – not spectacular in any specific tone or range, but more subdued, flat and even with solid, natural smooth bass. Ergonomically, their fit and on-ear fit is functional – the round leatherette-covered cups aren’t as soft and comfy as some, but not uncomfortable, either. Their cups turn 90 degrees to lie flat for storage, and they include a three-button in-line remote and mic. $119.95 (Available on Amazon)

Taking an opposite aural tack from what I consider to be the best-sounding phones in this price range (the Marshalls and the A-Ts), the old-fashioned Koss has opted to tune its PRODJ200‘s to the thin and airy side best for pop, providing even-tempered bass without artificial boosting – if the bass ain’t there, you won’t hear it. Odd considering its lack of bass boost, these also are DJ phones; the full-size over-ear cups swivel 270 degrees on sturdy metal hinges so you can cue up without fully wearing them, and there’s a mono switch so you can hear the fullness of each track through one cup. This hinge/swivel means the PRODJ200s collapse and/or fold flat for easier packing and toting. $129.99 (Available on Amazon)

SOL Republic’s phones come from the same sonic school as Beats headphones (the company’s co-founder, Kevin Lee worked for Monster chief Noel Lee when it owned Beats). But these SOL Republic Tracks HD V10, IMHO, do as good a job (or bad, depending on your POV) of keeping their boomy bass from bleeding into the midrange as the Beats Solo HD headphones, which are a third more expensive. Its bass does tend to muffle the high-end a bit, however – I wouldn’t recommend them for jazz or classical listening. But their lack of subtlety make them perfect for your kids (or adults with hip-hop habits), not only because of their bass emphasis, but they’re practically impervious to the vagaries of everyday rough usage. The replaceable headbands, available in a variety of fashionable colors, can be twisted any which way plus loose without breakage. $129.99 (Available on Amazon)

Also check out: What are the Best Earbuds Under $100?
What Goes into the Best Headphones?