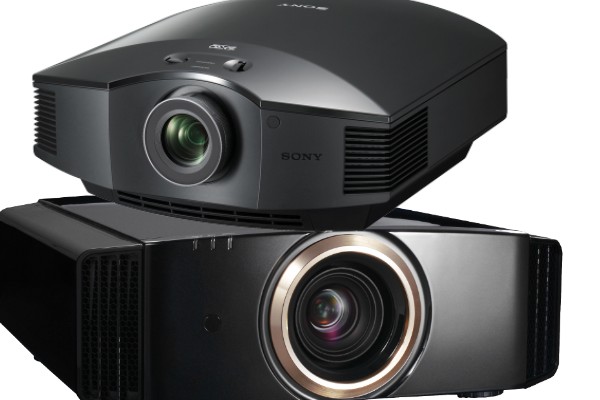 Here are eight features and specs to look for to help you get the best home theater projector for your needs and budget. These features are not in order of importance, because that order could shift based on your room, screen and viewing habits:

Contrast
Contrast in video displays is expressed in a ratio, as in 1,000,000:1 or 1,000:1. It refers to the difference between the darkest black and the whitest white. You want your projector to be capable of beaming a bright pure field of snow as well as the deep black of the night sky above it. For some projectors that’s a real challenge, and that challenge is exacerbated by room light and a poorly matched screen. Note that the contrast number quoted on most projector spec sheets is, well, hopeful. Often it’s measure in what the industry called full-on/full-off, which is not a real-world measurement.

You want you projector to display accurate colors, of course. You want reds to look red and greens to look green, but the key to getting accurate colors (again, some of this will depend on your screen selection and how the image interacts with room color, or lack of it) is often in the projector’s settings and adjustments. The more detailed the adjustments, the better you (or your professional calibrator) can dial in the color. Projectors with ISF (Imaging Science Foundation) and THX certifications will all have good color adjustment features or calibration. Their default movie or cinema modes will often be better than non-certified projectors as well (often, not always).

Lens zoom
All projectors except possibly desktop models used for business presentations (and those pocket-sized pico projectors) include a zoom lens. The zoom allows you some leeway forward and backward when positioning your projector in front of the home theater screen. A large zoom ratio gives you a little more wiggle room, but using too much zoom can enhance chromatic errors into the picture. A good combination is to pick a projector with a large lens and large zoom (a large lens will usually suffer less chromatic errors than a small one. However, rather than rely too heavily on the zoom lens to get you properly sized to the screen, a better practice is to follow the manufacture’s throw distance suggestions (most projectors will come with a throw distance chart or include a throw distance calculator on their web site) and measure, measure, measure before you mount.

Lens shift
Because sometimes we can’t get the perfect mounting position for both projector and screen, better projectors often feature lens shift, both vertical and horizontal lens shift are available. This feature allows you to slightly move the lens up/down, left/right after it’s been mounted to help you perfectly align the projector’s image on the screen. Some projector mounts also have similar adjustments built in.

Brightness is probably the first thing a lot of people look for when home theater projector shopping, and indeed it is important, but not always as important as people believe. Bright pictures are good, but a picture that’s too bright for the room or screen size will end up fatiguing the viewers. Many affordable projectors sport brightness in the 1,000 to 2,500 lumen range, and that’s enough for most modest sized media rooms with 100 to 140 or so inch screens. That amount of light, when matched with a screen that helps maximize light output (such as one of the many light rejection screens on the market) can be comfortably viewed with some ambient room light on. If you have a very big room or demand a very big screen (or insist on watching with lots of room light) then look for a brighter projector. The super bright projectors sporting 10,000 lumens are really only necessary for extremely large rooms with screenzillas.

Low Noise
Home theater projectors are stuffed with moving parts—cooling fans, color wheels, motorized iris controls and more. All those moving parts can make some noise, and when your movie is in a quiet and suspenseful moment, you don’t want the experience ruined by a loud cooling fan.

Resolution
The last of the big three specs is resolution. The first thing you’ll notice when shopping is that 99 percent of all home theater projectors are 1080p resolution (1920 x 1080 pixels). Only very inexpensive projectors are offered in 720p, anymore. This means that, for the most part, you don’t need to worry about resolution since most projectors output the same number of pixels. However, a slowly growing trend in projectors is for 4K resolution (4096 x 2160 or 3840 x 2160), which is four times the number of pixels of a 1080p projector. Currently, there are only a few 4K projectors designed to be used in home theaters, although that number will probably increase soon, as 4K TVs are taking over the TV market quickly. A 4K projector has the benefit of allowing you to use a larger screen because the pixels themselves will be much smaller (and impossible to see from your seat).

Dynamic iris
Some projectors include an iris, which like a human iris, opens and closes to let light pass. While a human iris is designed to regulate light coming in, a projector iris is designed to regulate light going out. During movie scenes that are mostly dark, the projector’s iris will narrow to reduce the light output to help create the dark scene. An iris is a way to overcome a projector’s most magical property—that it can make a black image while still shining a huge light on the screen. Better projectors have multiple modes or speeds for their iris feature, and usually the iris can be turned off if it doesn’t seem to be doing a good job. Also, some mechanical irises can make a little noise as they operate, which will be distracting if you’re sitting directly under the projector.